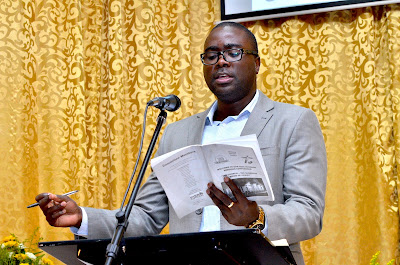 Our 30th anniversary celebrations and commemorative meetings entered the third day last night. Attendance continued to grow. The meeting was led by Musopelo Chilongoshi who is one of the newest church members and has already found a place to serve in the church—in the work of missions.

We again began the evening with presentations from our missionaries. The first presentation was made by Pastor Lackson Mudenda, who was ordained in 2015 to plant a church in Sesheke, in the Western Province of Zambia. He spoke about the place of worship that the church had been offered, which was easy to find. They have also found a plot of land on which to start erecting their church building.

The second missions presentation was made by Pastor Curtis Chirwa, who was ordained as a missionary in 2008 after being a pastoral intern at KBC for a while. He was sent to plant a church in the Kabanana area north of Lusaka and this year (2016) the church has been constituted as an independent local church. His report was, therefore, a farewell. He spoke about the conversions they had seen in the last year, the baptismal service as a result of this, and the progress on their building project.

The third missions presentation was made by Pastor Emmanuel Komba, who is scheduled to be ordained as a missionary this coming Sunday. He spent January 2014 to September 2015 at KBC as a pastoral intern. He will be sent to Freetown, Sierra Leone, to plant a Reformed Baptist church there.

Logan Nyasulu initially called upon Mrs Daisy Nawa to speak about the missionaries’ wives conference that took place earlier in the week. I was thoroughly impressed with how she went through all the teaching that they received without using any notes! 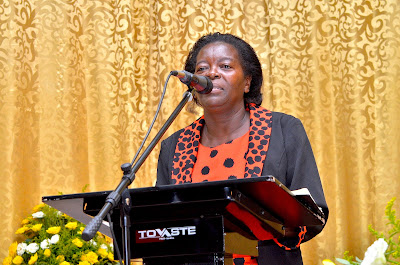 Logan Nyasulu read the third seven years of the history of KBC (1996 to 2002). This comprised the period when KBC moved into its current building and adopted a new constitution reflecting its new Reformed Baptist position. This was also the period when the Eagles Nest School started and KBC started doing outreach work at the Agricultural and Commercial Show. And finally it was the time when KBC entered into partnership with HeartCry Missionary Society who have become our main partners in missions.

Logan Nyasulu went on to interview Dr Phanuel Mweemba who was a member in the days that were covered by the earlier narrative. He talked about how he found himself at KBC and the impact that moving from the Kabwata Community Hall into the current premises made to him and the rest of the church members. Dr Mweemba also talked about how he benefitted from the missions work of KBC when he moved to Botswana to work there. He was a leader in the church that we were planting in Francistown. 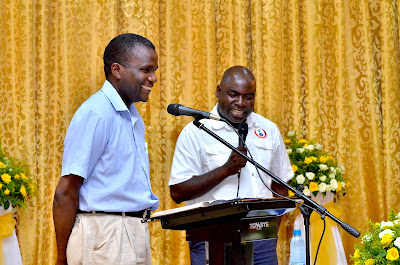 Dr Ken Turnbull, the African Christian University (ACU) vice chancellor, was available this evening to speak about the ACU. He thanked KBC for its role in the establishment of the ACU, together with its sister churches. He also presented a slide show that had the 150 acres of land in Chisamba and the proposed entryway. Finally, he gave a few prayer requests, including that of getting the licence to begin operations. We are almost there!

Before the preaching of God’s word, I welcomed all who were present and very briefly this time mentioned the K150,000 that we were working towards raising for the construction of the “majestic entrance” to our Chisamba campus of the ACU. 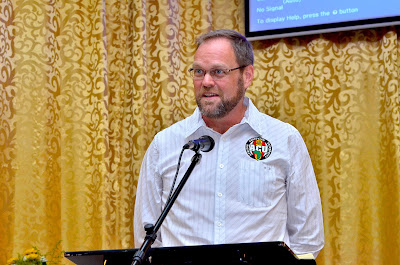 The preacher on this third evening was Pastor Ronald Kalifungwa from Lusaka Baptist Church. He preached from 1 Timothy 3:15-16. He was dealing with the church’s doctrine and worship. From this text he dealt with the following:

(1) The church’s identity as the foundation of the truth. Pastor Kalifungwa asked the question, “What is this truth for which the church is a pillar and ground?” He proceeded to answer this by saying that this truth relates to God and his execution of his purposes through Christ and the duty of man in response to this. This has been formulated into confessions of faith across history. He later asked, “What does the Bible mean by the church being the pillar and foundation of the truth?” He said it meant that the church had the job of preserving the truth because it was constantly under attack. It needed to be passed on undiluted to the next generation while blessing the current one. 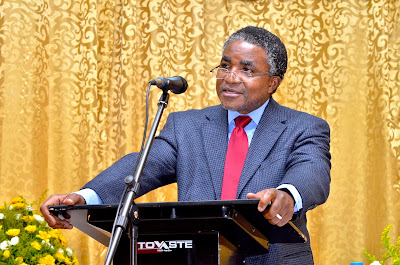 (2) The church’s identity as a worshipping community. Pastor Kalifungwa said that when Paul wrote, “I write these things to you,” he was referring to the prescriptions he had spoken about with respect to the worship and order of the church. On the subject of worship the apostle Paul was saying that it must be regulated by the word of God. The worship must be an expression of the truth that the church preaches. This is the regulative principle of worship. This is referring to worship “in the house of God”. The fact that it is in God’s house suggests that God must have the final say on what we do in that worship. This is a worship that must be energised by and inspired by Christ.

Pastor Kalifungwa ended with three exhortations. We must hold fast to the form of sound words that have been entrusted to us through the apostles. We must identify ourselves and worship with the church as a truly worshipping community. We must do deeds that are appropriate to this community.

That was how our third day at these commemorative meetings ended. In closing, we sang again…

“O Jesus I have promised,
To serve thee to the end;
Be Thou forever near me,
My Master and my Friend.”