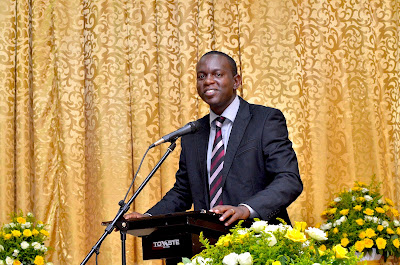 Our 30th anniversary celebrations and commemorative meetings, under the theme: “The church—Christ’s glorious bride,” entered the second day last night. The church auditorium again was almost full. We also had some visitors from sister churches. The meeting was led by Graham Chingambu who was converted while in Sunday School at Kabwata Baptist Church (KBC) many years ago, and is now a civil engineer, a married man, and a family man. A lot can happen in thirty years!

We again began the evening with presentations from our missionaries. The first presentation was made by Pastor Poniso Kuyumbana, who was ordained in 2013 to plant a church in Senanga, in the Western Province of Zambia. He spoke about how the church attendance had grown in the last one year from about 55 to 90 people, including children. He also talked about 2 ladies who were recently baptised on profession of their faith and the moulding of blocks that they had started on their new church plot.


The second missions presentation was made by Pastor Curtis Chirwa, who was ordained as a missionary in 2008 after being a pastoral intern at KBC for a while. He was sent to plant a church in the Kabanana area north of Lusaka and this year (2016) the church has been constituted as an independent local church. His report was, therefore, a farewell. He spoke about the conversions they had seen in the last year, the baptismal service as a result of this, and the progress on their building project.

The third missions presentation was made by Pastor Brian Mutale, who was ordained as a missionary in 2010 after spending a year at KBC as a pastoral intern. He was sent to Monze, in the Southern Province of Zambia, to plant a church there. He expressed gratitude to the church for its support and also spoke of the trip that “yours truly” made recently to Southern Province and how helpful it was to the church in Monze.

The music ministry sang a song entitled, “Mwe Lesa Wandi” [“You, God, who are mine”]. It was a hot favourite when it was first composed and released as the lead song in a CD that our music ministry produced a few years ago. I had not heard it for a long time.


Logan Nyasulu came onto the podium and read the second seven years of the history of KBC (1989 to 1995). This comprised the period when the KBC compiled the Grace Supplement hymnbook, adopted The 1689 Baptist Confession of Faith, started hosting the Zambian Reformed Conferences, had its first fully fledged eldership and delinked it from its diaconate, turned its ministries into outreach organs, acquired its current plot of land and built its church pastors house, and took its first steps in the work of missions.

Logan went on to interview Emmanuel Matafwali who was a member way back in those days that were covered by the earlier narrative. He talked about the impact of the Grace Supplement on their worship, how the church processed the adoption of The 1689 Baptist Confession of Faith. He also recalled those days when the KBC ministries were turned into outreach organs and the change that this brought into the life of the church. 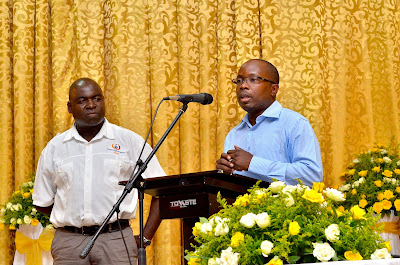 Before the preaching of God’s word, I took time to welcome all who were present. I also talked about our goal at these commemorative meetings and missions conference to raise K150,000 towards the construction of the “majestic entrance” to our Chisamba campus of the African Christian University (ACU). This will be a daily announcement.

The preacher on this second evening was Pastor Kabwe Kabwe, from Grace Reformed Baptist Church in Ndola. He preached from 1 Peter 1:13-22. He was dealing with the church’s holiness. He pointed to four incentives for holiness in the text: 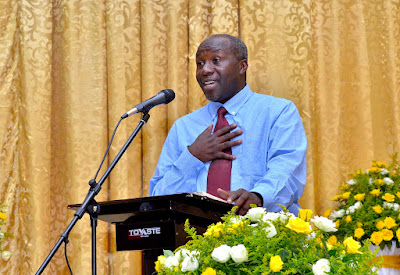 (1) Verse 15—The character of God. God is holy. The apostle Peter said, “…as he who called you is holy, you also be holy in all your conduct.” If we are to live holy lives we must never forget this. One reason why there is so little holiness in the church is that we have forgotten God and his essential holiness. He is holy! The Christian life is not about conforming to the world but transforming into the image of Christ, the Son of God.

(2) Verse 17—The discipline of God. The apostle Peter says, “…[God] judges impartially according to each one’s deeds, conduct yourselves with fear throughout the time of your exile”. We must live a life that is conscious that the eye of the Father is on us throughout our lives here in earth. God engages in relational discipline and he does so impartially.

(3) Verse 18-19—The price paid by God. The apostle Peter says, “…knowing that you were ransomed…with the precious blood of Christ”. It cost the life of the Son of God. This speaks something of the value that God has over the lives of his people. 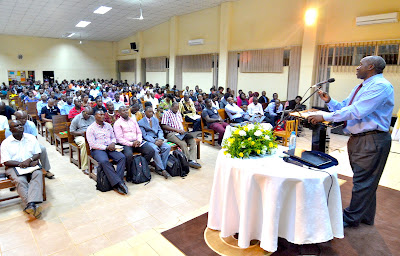 (4) Verse 20—The eternal plan of God. The apostle Peter says, “[Jesus] was foreknown before the foundation of the world but was made manifest in the last times….” God loved us and planned every aspect of our salvation even before Adam sinned against God. From eternity God committed himself to making us holy and he will achieve this.

Pastor Kabwe ended by saying that when we do not live a holy life as God’s people we insult God and we undermine the gospel of the Lord Jesus Christ. Therefore, let us pursue and preserve holiness. That is why church discipline is essential to the wellbeing of the church. There should be no partiality to the exercise of corrective discipline. We need a holy church!

That was how our second day at these commemorative meetings ended. In closing, we sang…

“O Jesus I have promised,
To serve thee to the end;
Be Thou forever near me,
My Master and my Friend.”

Email ThisBlogThis!Share to TwitterShare to FacebookShare to Pinterest
Labels: Anniversaries