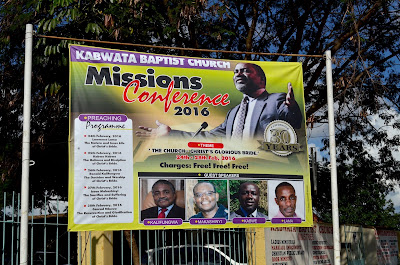 Our 30th anniversary celebrations and commemorative meetings began last night, under the theme: “The church—Christ’s glorious bride”. The church auditorium was almost full, which being the first day, was a great encouragement. We also had a few visitors from sister churches in Lusaka. The meeting was led by Michael Chelelwa who was a member of Kabwata Baptist Church (KBC) many years ago, but moved on when his employers transferred him out of town.

Since we were combining our 30 anniversary meetings with our missions conference, we began the evening with presentations from our missionaries. The first presentation was made by Pastor Kennedy Kawambale, who was ordained in July 2015 to plant a church in the Chamba Valley area east of Lusaka. This is an area where there is a new housing development. He spoke of an attendance that is now around forty on Sundays. 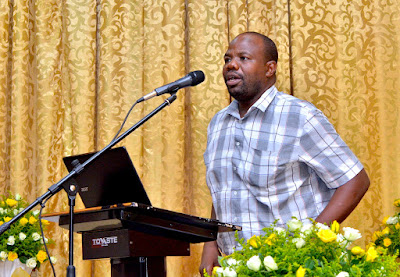 The second missions presentation was made by Pastor Oswald Sichula, who was ordained as a missionary in 2008 after being a pastoral intern at KBC for a while. He was sent to plant a church in the St Bonaventure area south of Lusaka and this year (in 2016) the church is being constituted as an independent local church. His report was, therefore, a kind of farewell because next year this time he will not be our missionary. 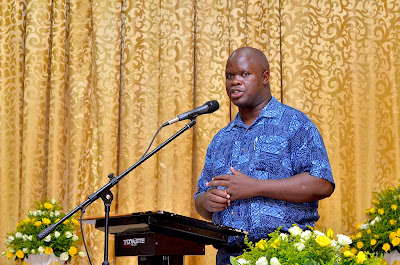 The third missions presentation was made by Pastor Monametsi Bahudi from Gaborone, Botswana, who was ordained as a missionary in 2012. He took over the church planting work that was started in 2004 by missionary pastor Kapambwe Nsenduluka who is now in India. Pastor Bahudi was excited because after being the only Reformed Baptist pastor in Botswana, his church ordained Pastor Michael Legodi last year as their missionary to Francistown.

The music ministry sang a song entitled, “Through the flame”. 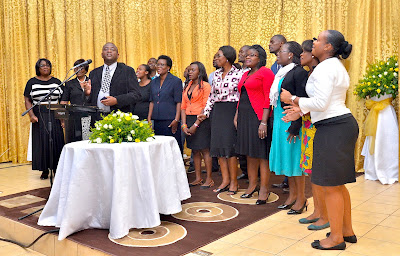 Logan Nyasulu read the first seven years of the history of KBC (1981 to 1988). This comprised the first five years when Lusaka Baptist Church was planting KBC and ended soon after the church called me as its pastor in 1987 and the church elected its first fully-fledged eldership comprising Dr Duncan Mugala, David Toka, Wishard Yenga, and “yours truly”.

Logan went on to interview George Samututa who is currently one of the three longest serving members of KBC. George came with copies of the minutes of a church members meeting in 1985 (31 years ago!) where members were being urged to pray for a pastor. 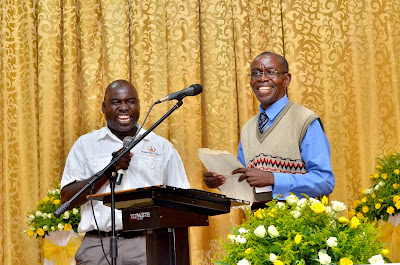 Before the preaching of God’s word, I took time to welcome all who were present. I also talked about our goal at these commemorative meetings and missions conference to raise K150,000 towards the construction of a “majestic entrance” to our Chisamba campus of the African Christian University ACU). This is our university. Its main campus is strategically located along the Great North Road as you head out of Lusaka. We want to construct an entrance there that will testify of what the ACU is all about. 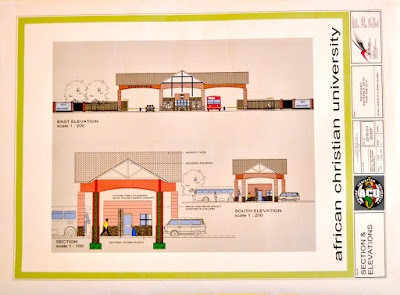 The preacher on this first evening was Pastor Lawrence Lama, from Bethel Baptist Church in Kabwe. He preached from 1 Corinthians 12. He asked whether we were still holding on to the biblical standards of the church. He also warned us against the danger of contentment. Then he proceeded to ask and answer three questions: (1) What is the biblical truth that the apostle Paul emphatically affirms in this text? Pastor Lama said that the truth being affirmed was that the Corinthian believers were the body of Christ. This truth emphasises the close organic union between Christ and believers. Christians do not exist for themselves; they belong to Christ. That truth must be applied to today’s church and to KBC in particular. We are the body of Christ.

(2) How does one become a member of Christ’s body? Pastor Lama said that you become a member of this body by repentance and faith in Christ. The Holy Spirit baptises you into Christ’s body. Putting it negatively, church membership or being born in a Christian family does not make you are member of Christ’s body. Then positively, everyone who has truly trusted in Christ, whether he is a Presbyterian or an Arminian or a Charismatic, is part of the body with us as Reformed Baptists. We must accept that. 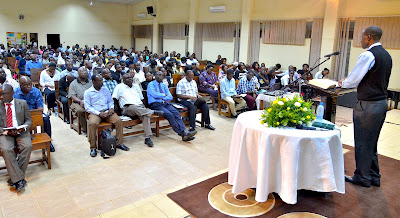 (3) How do we relate to the head of the body and to its members? Pastor Lama said that we are obligated to enter into relations with all those who are members of this body because we are one with them. The apostle Paul used this to re-establish proper relations of believers with one another despite their differences. We must have mutual dependence, mutual affection, mutual respect and appreciation, and intimate fellowship. With respect to Christ, our role is that of submission. We are his.

That was how our first day at these commemorative meetings ended. In closing, we sang…

Revive Thy work, O Lord!
Thy mighty arm make bare;
Speak with the voice that wakes the dead,
And make they people hear! 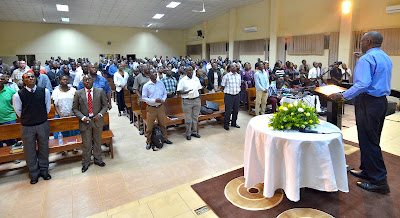