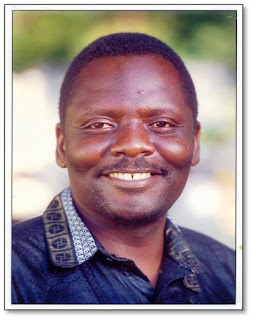 Last Friday had a very rare combination to its date. It was the eighth day of the eighth month of the eighth year (in the twenty-first century). All the joy of such a rare providence was missed here at Kabwata Baptist Church because it was the day when we laid the remains of our beloved elder, Dr Simon Mphuka, to rest. His body arrived from South Africa accompanied by his wife, Lillian, on Wednesday 6 August. Two of their three daughters went towards the airplane and hugged their mother as she walked towards the terminal building. It was quite an emotional moment. Later, the longest convoy of cars I have ever seen, escorted by a policeman on a motorbike, made its way from the airport to Simon’s home. After a few moments of prayer at the house, the casket was taken to the funeral parlour until Friday when the burial was scheduled to take place. Due to the many spheres of Simon’s involvement, planning his burial was not a straightforward matter. It was finally decided that his employers, the Church’s Health Association of Zambia (CHAZ), would take the upper hand. We gladly consented to this as a ch 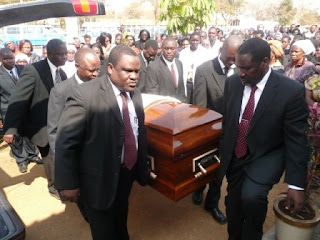 urch, asking only that the funeral service be totally in our hands.

On the burial day, the first to hold a service for Simon were his fellow doctors. They held their service at the University Teaching Hospital. After they finished, the hearse came to Kabwata Baptist Church, where already a crowd was gathered, that I can only estimate around two thousand. They came from all walks of life and from right across the country. All our members were asked to be outside our auditorium that sits a maximum of about seven hundred people. We still had over a thousand visitors sitting and standing outside. Thankfully, the Lord provided a cloud cover through most of the 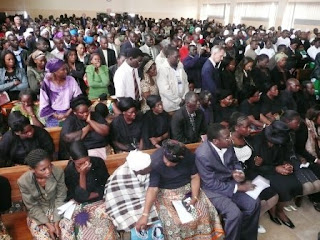 morning, and we put out extra speakers for our public address system so that those outside could follow the proceedings inside the building. The casket was carried into church by Simon’s fellow elders (myself included), with the help of elders from sister churches in Lusaka. We are grateful to Pastor Ronald Kalifungwa, of Lusaka Baptist Church, who graciously agreed to lead the funeral service because none of us within the eldership at Kabwata Baptist Church would have led the whole service without breaking down. We are also grateful to Pastor Raphael Banda, of Central Baptist Church in Mazabuka, who read out Simon’s Christian testimony during the service. It covered the period from 1978 when he was converted to Christ to the time of his death. 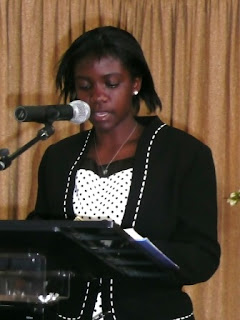 What touched people the most from this service seems to be the fact that Simon chose the songs he wanted to be sung during his funeral. He also chose the passage of Scripture that he wanted to be read and preached upon. This was Psalm 103. Although this is not unusual for people in the West, it is certainly very rare in our African context. Simon’s daughter, Wankumbu, read the Bible passage (see photo above) while I had the task of delivering the funeral sermon. I expounded Psalm 103 with an evangelistic tenor throughout the sermon. After the body viewing, which seemed to have gone on forever because of the number of people present, the hearse left for the Leopard’s Hill Cemetery. Simon was buried next to his elder brother, Hillary, who passed away in 2003. So many wreaths were placed upon his grave that it soon became a beautiful mountain of flowers. As usual his family were the first to lay their wreaths (see photo). To avoid this ritual taking us into the night, we only had a fe 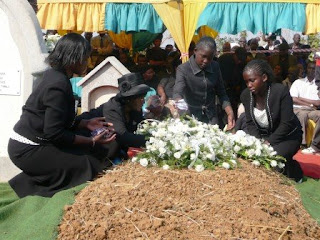 w elders from the Reformed Baptist churches to lay wreathes on behalf of all the Christians present. Mr Johnson Malipenga, of Central Baptist Church in Choma, led the procession and prayed. Finally, the Minister of Health, Dr Brian Chituwo, spoke about Simon’s commitment to Zambia, especially in the fight against AIDS. Then Pastor Kalifungwa prayed and we were all dismissed. The three of us remaining elders, together with Simon’s wife and daughters, hung around the grave for a while to drink in the fact that “this was it”. We had finally parted ways even with Simon’s remains. What a day this was - the eighth day of the eighth month of the eighth year in the twenty-first century!
Posted by Conrad Mbewe at 12:22 PM