Oh, how the grace of God amazes me!

“And do not get drunk with wine, for that is debauchery, but be filled with the Spirit, addressing one another in psalms and hymns and spiritual songs, singing and making melody to the Lord with all your heart, giving thanks always and for everything to God the Father in the name of our Lord Jesus Christ” (Ephesians 5:18-20). 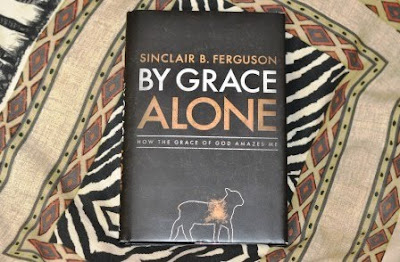 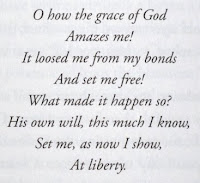 During my undergraduate days, while still a very young Christian, one of the hymns that truly enthralled me was Oh, how the grace of God amazes me. I recall how we used to sing it at Lusaka Baptist Church with so much gusto that I often thought the roof would be blown off the building by our voices. This was especially the case when it was sung as a closing hymn after a gospel sermon by Pastor Joe Simfukwe. Hearing of the historic fall of man, the awful wrath of God, the electing grace of God, the great exchange at Calvary, and the free salvation awaiting every repentant and believing sinner, always melted my heart. Hence, the words of this hymn were a fitting response to a great gospel service. 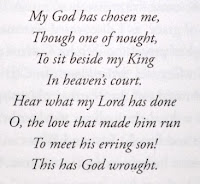 It was, therefore, a pleasant surprise when a friend of mine—Pastor Jeff Parks—recently gave me a book by Sinclair B Ferguson, entitled By Grace Alone, and I found that the book was based on this hymn. Although I knew that Oh, how the grace of God amazes me was written by an African, I always thought he was a West African. In the preface of By Grace Alone, I learnt that the author, Emmanuel T Sibomana, was a Baptist pastor in Burundi. He was born around 1915 and became a Christian in his late teens or early twenties. When he first published this hymn in 1946, it was written in his own language. It was later translated into English by a missionary to Rwanda, Rosemary Guillebaud. Let me say a few words about the book By Grace Alone and about the hymn itself. 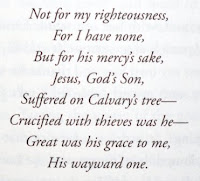 Sinclair Ferguson needs no introduction. His books have enriched our lives already. Yet this is not just another book from his pen. It is a book that opens up the unsearchable riches of Christ afresh to us. Dr Ferguson uses the stanzas of Pastor Sibomana’s hymn to show us how we—hell-deserving sinners—have been eternally set free from sin and condemnation through the unconditional love of God, which cost him dearly when he gave his Son in exchange for us. I agree with him when he says, “Being amazed by God’s grace is a sign of spiritual vitality. It is a litmus test of how firm and real is our grasp of the Christian gospel and how close is our walk with Jesus Christ. The growing Christian finds that the grace of God astonishes and amazes” (from the preface). Dr Ferguson himself writes from a full heart. And so, every so often, he breaks the eloquent flow of his thoughts with a quote from various well-known hymns about the cross. I highly commend this book to you. It has refreshed my soul. 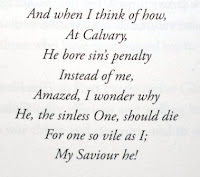 My only quarrel with this book is its Foreword by the Most Reverend Henry Luke Orombi, the Archbishop of the (Anglican) Church of Uganda. I wish he had said something in it about grace. We Africans really love stories but the Reverend’s autobiographical story illustrates mercy but certainly not grace! He had mercy on beautiful little Ana and adopted her into his family. He was not gracious to her. With all due respect to the Reverend, I think he misses the whole point when he speaks about grace as God stooping low to reach “a longing lost soul”. That may be mercy, but it is certainly not grace. Grace is when, at great sacrifice on your part, you rescue someone who has offended you and deserves your wrath. That is what makes God’s grace shine with the brilliance of the noonday sun. That is what makes it so amazing and gives it such an unrivalled place in Christian hymnody. 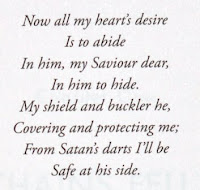 I think that Oh, how the grace of God amazes me should rank among such hymns as Amazing grace by John Newton. To begin with, it is an experiential hymn. It speaks about our experience of the grace of God. Anyone who “has been there” will immediately identify with it. Something in your soul resonates with the lyrics as you sing the hymn. It is not the senseless excitement of those who are drunk with wine, but an informed warmth of heart because of a godly reflection on what God has done for you in Christ. And by the time you get to the last stanza, you really want the whole of creation to join you in singing your divine Saviour’s eternal praise. 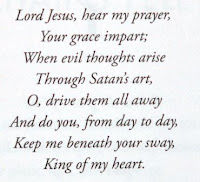 Then, what I find refreshing about Oh, how the grace of God amazes me is that there is progression in the hymn. I must admit that one of my chief quarrels with so many African songs—even Christian songs—is their repetitiveness and lack of movement (I don’t mean bodily movement, which is perhaps the only movement there ever is!). Sometimes the whole song is just one line, saying, “We are going!”—and this is repeated over and over again until we are whipped into a frenzy. There is no explanation as to why we need to get moving, where we are going, how we are getting there, who has paid the price for this journey, etc. It is simply, “We are going!” And, of course, the worship leader wants all of us to dance with excitement because—you guessed right—“We are going!” No wonder no one ever thinks of translating such songs for posterity and for wider circulation! 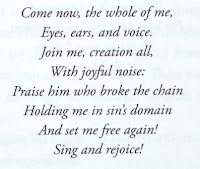 For those of you with a few more minutes to spare, the lyrics of Oh, how the grace of God amazes me are sprinkled across this blog in the white and black inserts. Read them!

What more can I say? Firstly, to Dr Ferguson. Thank you for drawing our attention in such an edifying way to the fact that Africa has something to export to the world beyond its black diamonds. And secondly, to those of you reading this blog, buy yourself a copy of By Grace Alone and feast on the truths that moved Pastor Emmanuel Sibomana to pen his hymn. May Africa produce many more such classic hymns for the edification of the church and for the glory of the God of grace!