The 21st annual feast finally arrived today! For those of us in Lusaka, we were already having a foretaste of what lay ahead of us as some of those attending the conference began to stream into town before the weekend. We had friends arriving from Botswana, Kenya, Lebanon, Malawi, Namibia, South Africa, the UK, the USA, etc. Hence, the weekend that just ended was special. 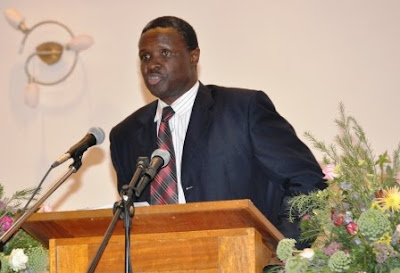 The first day at the conference began with Mr Charles Bota (picture above) leading the gathered congregation in singing the chorus, “Abba Father” soon after 18.30 hours. I was asked to open in prayer and then we heard announcements by Colonel Moses Phiri (picture below). He gives announcements the way he speaks to soldiers in the army barracks. By the time he is finished, you know that you need to obey rules around here! 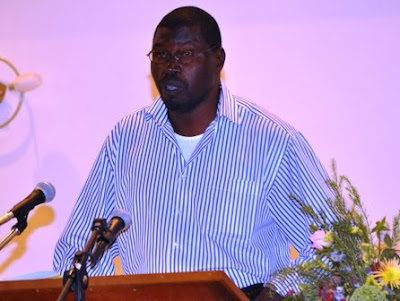 After the announcements, Mr Bota led the meeting in reading Revelation 22:7 to 17, and invited us all to come and drink freely of the water of life. Then we sang the chorus “Majesty”. Mr Paul Mumba (picture below) then came forward and gave the history and ethos of the conference. He pointed out that it started when a few brethren at Lusaka Baptist Church took time in the mid 1980s to study Calvinistic theology together. It had now grown to hundreds of people coming in from across the country and across the world. He emphasized that this is one conference where there is a deliberate effort to submit our lives to the supremacy of Scripture. He urged us all to pray that the Holy Spirit would mightily use the preachers during this conference. Mr Mumba introduced the theme of the conference, “The Christian Family.” He bemoaned the fact that marital failure among us, though not common, was growing—a matter that was hardly ever heard of a few years ago. He hoped that the lessons learned here would nip the flower in the bud. Mr Mumba ended by quoting a very touching letter written in 1990 by Dr Robertson McQuiklen, when he resigned his presidency of Columbia Bible College because he needed to nurse his dear wife who was suffering from Alzheimer’s disease. 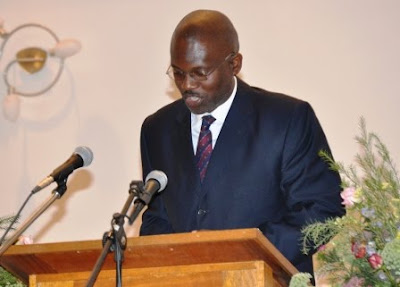 We then sang, “How deep the Father’s love for us,” and “Ancient Words,” to prepare our hearts for the preaching of God’s Word. Pastor Ronald Kalifungwa (Pastor of Lusaka Baptist Church) came forward to give us the key-note address. He based his sermon on Psalm 128. Quoting Francis Schaeffer’s wife’s various pictures of the family, he showed why it was important to spend the whole week reflecting on the Christian family. From Psalm 128 he drew out three pictures of the family. 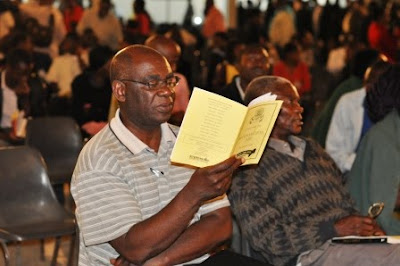 The first picture is that of a fountain. The fountain of a Christian family is a God-fearing husband and father. “Blessed is everyone who fears the Lord, who walks in his ways!” (Psalm 128:1). A husband and father who fears the Lord has a correct concept of God. He also has a pervasive sense of the presence of God. He also has a constant awareness of his obligations to God. He does the things that please God. Thus, he walks in the ways of God. He hates what is evil, and so when he realises that he is wrong, he is willing to confess and repent of sin. Pastor Kalifungwa (picture below) challenged those of us who are fathers not only to have a vision of God but also to put it into practice. If we do not have such fountains, there is no hope of Christian families being produced among us. 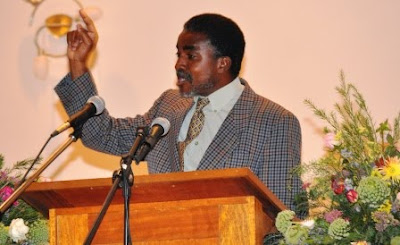 The second picture is that of fruit. This relates to the wife and the children. “Your wife will be like a fruitful vine within your house” (Psalm 128:3a). The wife is likened to a fruitful vine. She is fruitful in terms of bearing many children. Although many of us today do not see many children as a blessing, this was definitely the first sense in which the people of Israel understood this fruitfulness. The second sense in which she was to be a fruitful vine was in terms of producing the fruit of the Spirit as spelt out in Galatians 5. Wives and mothers have the greatest impact for God when they show true Christian character—when they are godly. Whereas the world prizes women who are outwardly beautiful, dynamic, and who are famous for their fortune, God (and godly men) prize women who produce spiritual fruit (Proverbs 31:28-31, 1 Peter 3:1-6). The third sense in which her fruitfulness is to be seen is in terms of domestic fruitfulness. From Proverbs 31, Pastor Kalifungwa showed three forms of domestic fruitfulness. Firstly, she took good care of her husband. She was a husband-focused woman (11-12). Thus her husband had full confidence in her. Secondly, she took excellent care of her family (13-16, 21-22). It was her number one ministry. Finally, she gave excellent attention to other things outside her home. She engaged in business (16-20). As a wife, then, you should use your God-given gifts to serve him in your church and community. But it must not be at the expense of your number one ministry.

Psalm 128 not only speaks about the fruitfulness of the wife but also the fruitfulness of the children. “Your children will be like olive shoots around your table” (Psalm 128:3b). Pastor Kalifungwa showed that olives cannot be grafted from elsewhere. Also, they can be used for food, for lighting lamps, for consecrating religious workers, for cosmetic purposes, for hygienic and medicinal functions, for religious ceremonies, as money, for construction purposes, etc. So, the psalmist is comparing the children of godly men and women to olive plants because they are legitimate children. They are also compared to olive shoots because of their good conduct and behaviour. They are also productive according to their gifts and their stage of development. They are productive in their homes, in their churches, and in the community where they live. Pastor Kalifungwa challenged the children in our midst to see whether they answer to this description. He also challenged those of us who are fathers and mothers as to whether we are training our children to become such useful citizens in God’s kingdom and in our nation.

The third picture is that of fun. If you do your job according to the Scriptures, you will experience great joy as the fruit of your labours. “You shall eat the fruit of the labour of your hands; you shall be blessed, and it shall be well with you” (Psalm 128:2). You shall enjoy your wife and children—and even grandchildren. You will feel that life was worth living. You will be happy. That is what it means to be “blessed”. You shall be praised (Psalm 128:4)—by your husband, your wife, your children, and the world. 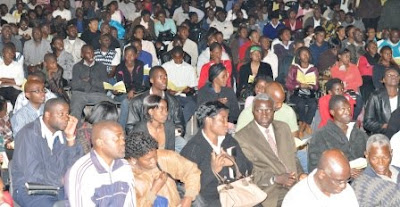 With those words, we ended the first day. Fellowship was sweet in the car park as old friends from across national boundaries met after a long time (as can be seen below). What a glorious start to the 21st Zambian Annual Reformed Conference! If this is the appetiser, we can hardly wait for the full meal! 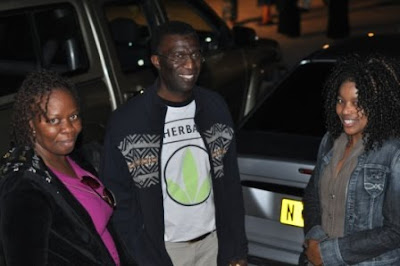 Since the Zambian Reformed Conference is divided into two “conferences”, tomorrow (Tuesday) I will be attending the Reformed Family Conference. Those of you wanting to learn about the Reformed School of Theology will have to wait until the next day (Wednesday).