Some Advice on Casting Your Vote – and Praying!

“All authority comes from God, and those in positions of authority have been placed there by God… The authorities are God's servants, sent for your good” (Romans 13:1-4, ESV).

I do not normally give my opinion about elections because in the end I realize that those whom I am addressing are a drop in the ocean compared to the numbers that will finally vote. However, as I have given further thought to this, and in view of my having a blog, I thought that what I would say could be given further wings if those who read my views told their friends and relatives to read my blog. So, I have decided to break with the past and say a few words on the up-coming unscheduled presidential elections set for 30th October 2008.

The question on everyone’s mind is who to vote for – between (in alphabetical order) Rupiah Banda, Hakainde Hichilema, Godfrey Miyanda and Michael Sata. Any political analysis of these men shows that they have their strong and weak points. However, allow me to give two biblical tips to help guide you in making a biblical decision. In the eyes of God, there are essentially three levels of government – self government, domestic government and civil government (being divided between local and national government). These levels are like a ladder. That is why the Bible says about elders, “He must manage his own household well, with all dignity keeping his children submissive, for if someone does not know how to manage his own household, how will he care for God’s church?” (1 Timothy 3:4-5, ESV). From this text of Scripture, we can learn two principles to help us determine how God wants us to choose a presidential candidate. 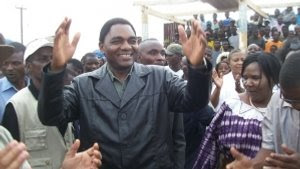 The first principle is that of experience. A home and a church have a lot in common. After all, both of them are households! So, when someone has not had any experience in running a nuclear family, then it is dangerous to give him a bigger “home” (like a church). Experience is a good teacher, however nasty that experience might be. That is why children should learn to listen to their parents, even if the parents messed it up when they were young. Experience has taught them valuable lessons that they want to pass on to their children. This should also apply to presidential candidates. Experience at a lower level should be a stepping stone to taking on a higher task. It is crazy to ask someone to be president of the whole nation, if he has not even had a taste of local government – or has never even run a home. 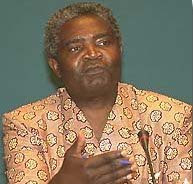 The second principle is that of achievement. A person must first prove himself in self-government before he can be entrusted with domestic government. Similarly, he must prove himself in domestic government before he should be given the reins of civil government. So, find out how such a person has performed in terms of governing himself, i.e. in the realm of self-control. Has he been denying himself pleasure for the sake of a nobler goal or is he a slave of his lust? Then find out how he has handled his family life. Has he raised a family that is civilized, respectful and hardworking, or is his family life in shambles? Be sure that a person who has failed at a lower level of the home will not deliver at a higher level of the nation. He may promise you heaven, but in the end he will only give you hell!

You will agree with me that, in the light of the above biblical principles, choosing a 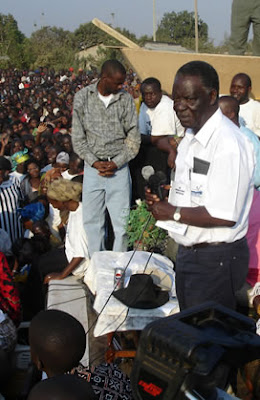 president next week will be quite a herculean task. One reason for this is that very few Christians in Zambia involve themselves in social and community programs that lead on to political leadership. We have left this in the hands of unbelievers, who have turned everything into nothing more than a selfish pursuit of power. So, we find ourselves on Election Day with hardly any credible candidate in sight. Instead of us simply bemoaning the lack of biblically qualified men to lead the nation, we must begin working hard at correcting this false dichotomy between the spiritual and the social in the minds of our Christian young people. We must encourage them, right from school, to take up leadership positions in society where they can exercise their God-given gifts and graces. We need to pray that, not many years hence, God will give us a Zambian president groomed in our God-centred Reformed Baptist circles.

Talking about prayer, we need to realize that this divine instrument is more potent than the ballot. So, as we think about who to vote for, let us pray that God will give us a president who will not be a curse but a blessing to the nation. Remember, “All authority comes from God, and those in positions of authority have been placed there by God… The authorities are God's servants, sent for your good.” (Romans 13:1-4, ESV). God forbid that he should give us "a devil on the throne". So, to your knees!
Posted by Conrad Mbewe at 6:57 AM