The Home-going of an Elder 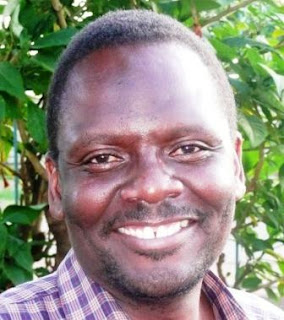 Dr Simon Mphuka, one of the elders at Kabwata Baptist Church, went to be with the Lord at around 01.00 hours today after a sudden illness that took the whole church by surprise. Just before my departure for the USA, we had an elders' prayer meeting on Saturday 5th July which ended with breakfast. Simon shared about his recent failing health. He had been to see a doctor who found nothing wrong with him and sent him on a week's holiday. He returned feeling much better but not yet quite himself, he said, and asked for prayer. On Sunday 6th July, he participated in the prayer times we spend together as church officers before each service and even in the worship services. After that, on Thursday 10th July I left for the USA only to arrive on the other side of the Atlantic to find that, back home, Simon had been admitted in hospital with an excruciating headache. That was the beginning of the end. He was never to walk out of hospital again. One complication led to another until, having been evacuated to South Africa for further treatment, he entered the immediate presence of God early this morning. We are all still recovering from the shock!
Simon has been part of Kabwata Baptist Church for the better part of the church's life, having been part of the initial outreach efforts into the Kabwata residential area in the early 1980s when he was still single and a medical student. He was the fledgling-church's second librarian in the days when the entire church library used to be carried in a plastic bag as Simon walked from the Ridgeway campus of the university to church every Sunday. In 1986 he was chosen to serve the church in the office of deacon. He faithfully discharged his duties, until he left on attachment to a rural health institution in 1988. When Simon returned to Lusaka, he was very burdened about the Zambian Reformed Baptist churches' lack of appropriate response to the problem of AIDS in the country. This led him in 1996 to spearhead the formation of an HIV/AIDS counselling ministry in the church called "Hope for the Afflicted Ministry". This ministry put out adverts in one national newspaper inviting those who needed counsel to get in touch. Through this avenue this ministry counselled many people right across the country. In a book written to commemorate the first twenty years of Kabwata Baptist Church's existence, Simon eloquently testified to the great fulfilment he found in this ministry. 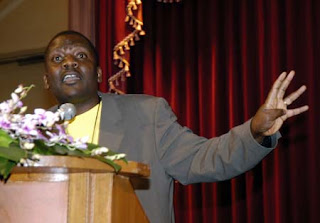 Thoughout Simon's membership at Kabwata Baptist Church he played a teaching role in one form or another. He was either teaching a Bible study group on Sunday morning, or a mid-week Bible study in one of the home cell groups, or preaching during one of the Sunday services. He was also very supportive to the missions work of the church and spent a lot of his Sundays visiting or preaching at one church-plant or another. Missionaries benefited immensely from his generous heart because he never saw a financial need among them without wanting to meet it. The next major role that Simon played in the church was in 2003 when the church's eldership disintegrated. The church chose him to provide leadership during the phase in which a team was put together to help the church back on its two feet. He played this role with great maturity and wisdon, and thus the church was able to begin rebuilding its eldership a year later. It was partly because of the leadership mettle that the church saw in him during this period that he was asked to join the eldership in 2006. Simon accepted this challenge, despite his very demanding job as the chief executive of the Churches Health Association of Zambia (CHAZ), which coordinates the activities of the medical institutions in the country run by churches. These medical institutions provide 60% of all health care in rural areas. (For Simon's national and international work related to CHAZ, just type in his name in any internet search engine and see for yourself). In the two years he was in the eldership, he carried out his oversight work with a great sense of conscientiousness.
From the time I first met Simon during my undergraduate days he remained a dear friend in the faith and so I have appreciated his friendship over the last twenty-five years. I had the privilege of conducting his wedding some eighteen years ago, and have seen God bless his marriage with children over the years. His life was marked by consistent humility, wisdom, generosity, hospitality, integrity, hard-work and love for the cause of Christ. He had no personal pocket agendas. He was outwardly what he was inwardly, and so what you saw was what you got. I valued his friendship because of all these traits, which commended the beauty of Christ's saving work to those around him.
Dr Simon Mphuka leaves behind a wife, Lillian, and three wonderful daughters - Wankumbu Veddrunna (16), Dhozinta Zewelanji (14) and Wankunda Venna (12).
Posted by Conrad Mbewe at 5:09 PM