The 2017 Zambia Reformed Conferences—Day One

The 2017 Zambian Reformed Conferences (plural because there are two conferences running in parallel but being united in the evening sessions) are being held at the Dream Valley Lodge in Lusaka from Monday 21st to Friday25th August. This is the 28th year of these conferences but only the second to be held at this venue. And what a venue! There are few places in Lusaka where you can have a conference while seeing Kudus and Zebras roaming freely around. 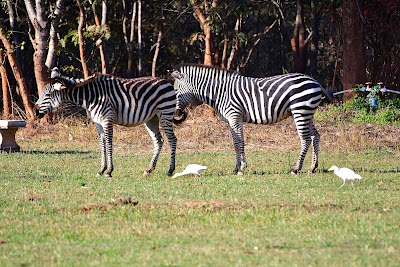 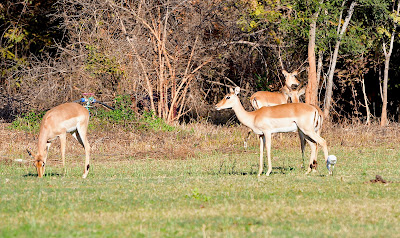 The conference began promptly at 18.30 hours as scheduled with the singing of “Jesus paid it all”. Charles Bota, the conference organizing committee chairman, led the meeting.

“Yours truly”, on behalf of Pastor Ronald Kalifungwa who chairs the inter-church elders meetings that host this conference, welcomed all who were present. Countries already present were America, Botswana, Kenya, Namibia, Nigeria, South Africa, South Sudan, Uganda, United Arab Emirates, United Kingdom, and Zimbabwe. Attendees from Tanzania and Malawi were still on the way. Also, all the provinces of Zambia, except for Northern Province, were represented.

Pastor Ndonji Kayombo gave the keynote address. He said that the Protestant Reformation was rooted in the sufficiency of Scripture. The Roman Catholic pontiff’s claims to personal inerrancy undermined this truth. The Reformers said, “No, it must be Sola Scriptura.” The Reformers dethroned the Pope and enthroned the Scriptures. That was the implication of Martin Luther’s position at the Diet of Worms.

Pastor Kayombo went on to say that Paul did not tell Timothy to bind heretics or the devil. Rather, he commended to him Sola Scriptura. Paul urged Timothy to continue in the Scriptures that he had learned from childhood. Which Scriptures was he referring to? He argued that it was both the Old and New Testament (e.g. 1 Timothy 5, 1 Peter 3:14–15). Then he expounded 2 Timothy 3:16–17. He spoke about...

In application Pastor Kayombo said—(1) We have a heritage we must preserve. Unless we see the Reformed disinctives from the Scriptures for ourselves we will soon lose them. (2) We have everything we need to know about life and godliness in the Scriptures. (3) We need to validate the sufficiency of Scripture by humbly submitting to the Scriptures in all areas including our homes and in the church, and (4) We will stand before God in judgment to account for the way we have used the Scriptures.


That was how the first day ended. I have been reliably informed that Facebook Live was used to share the conference sermon on the Internet. The same will be done tomorrow (Tuesday) onwards. If you want to be part of the conference, check on the Biblical Christianity Facebook page (https://www.facebook.com/KBCBiblicalChristianity/?ref=br_rs)
Posted by Conrad Mbewe at 11:49 PM