Corruption—a destroyer of souls and nations 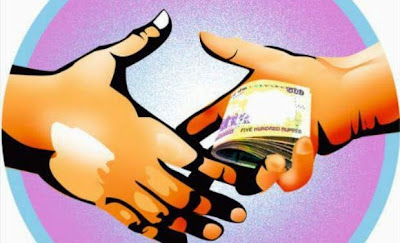 I was at a petrol station and had just topped up fuel in my car. I asked for an invoice. The petrol attendant, as we call them, stood next to me with a pen in one hand and an invoice in the other and said, “How much should I write on it?” I insisted it must be what I had paid.

A few minutes later, driving out of Lusaka, I was stopped for over-speeding. When the policeman came over and asked me what I do, I told him I was a pastor. He let me go but added, “Just leave me something for a Coke.” I had a Coke in the car and I left it with him.

I knew what he wanted but I pretended that I did not catch the cue. After all, he asked for a Coke! I am concerned about this. There is too much money going into people’s pockets who have not worked for it. It has become a culture. We call it corruption. It is also fraud.

Corruption is endemic in Zambia—and it is getting worse with every passing day. With so few places in government schools, colleges, and universities, it is not uncommon for the officer processing new students to ask for a bribe. Sadly, many of us give in to this.

We know the language. The officer never says, “Give me a bribe.” He says something like, “Sorry there are no places available. The institution is full. But if you are desperate I can help you. It may cost you a little more. Leave your details here, I will get in touch.”

In Isaiah 1:23 God said to the nation of Israel, “Your princes are rebels and companions of thieves. Everyone loves a bribe and runs after gifts.” This is what we are dealing with here. No one wants a fair day’s wage. We are all running after so-called gifts.

You may say, “But what is wrong with that?” Money must be given in exchange for an honest service. It must never be given for an apparent favour. Favours are meant to be free by definition. When you pay for a favour, you are guilty of bribery. It is corruption.

Let me go further. In Exodus 23:8, God said, “You shall take no bribe, for a bribe blinds the clear-sighted and subverts the cause of those who are in the right.” The problem with receiving money where no equivalent service is given, you feel indebted to the person who gave you the money. You end up doing wrong as a form of gratuity to your creditor.

The love of money is a root of all kinds of evil. If you find that you are willing to do anything for money, you will destroy your soul and the soul of the nation. It is a matter of time. I implore you to ask God for forgiveness and, if it is possible, return the money you got.

Yes, God is willing to forgive bribery and corruption, if you ask Jesus to cleanse you by the blood that he shed on the cross. When Jesus cleanses you like this, he also gives you a heart that detests corruption. So, Jesus is the answer even to the question of corruption!

Email ThisBlogThis!Share to TwitterShare to FacebookShare to Pinterest
Labels: corruption