Here is a sample of the birds that Felistas and I saw on our 25th (silver) wedding anniversary as we took a boat cruise on the Zambezi River, the fourth longest river in Africa. Aren’t they lovely? 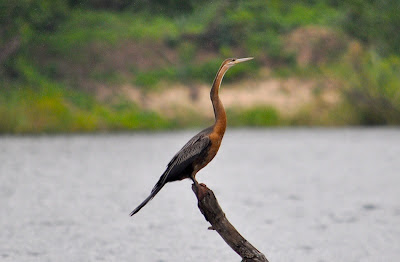 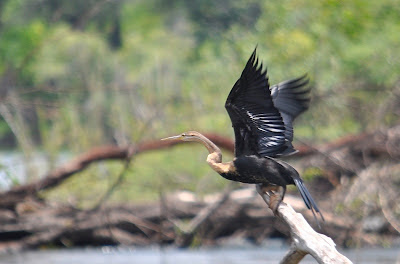 The African Darter loves to be anywhere where it can find very large rives or lakes, and the Zambezi fits that description. It is often found on dead trees overhanging the waters. It is famous for submerging its entire body in water, except for the top part of its neck and head, which it keeps turning to the left and right. At a distance, you would think it is a snake in the water! I had to give you a double dose of photos on this one because it is not often that I capture a bird taking off as I captured this Darter. 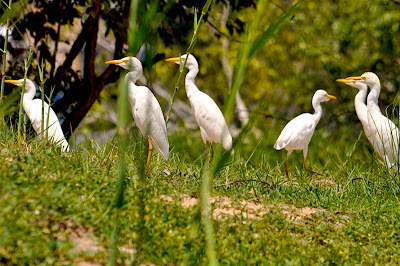 The Yellow-billed Egret is yet another lover of large bodies of water. They tend to move in large numbers. Their beautiful white colour makes them easy to see. 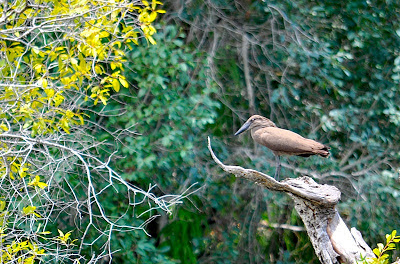 The Hamerkop is a loner, and yet again a lover of large rivers. It is not the most beautiful of birds and has a peculiar whistling call when excited or alarmed. It builds large oven-like nests, using sticks and rubbish. 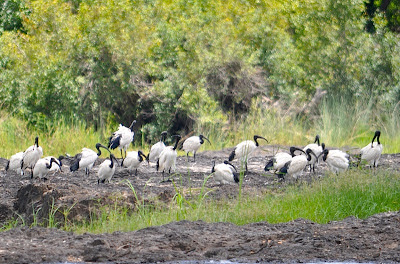 The Sacred Ibis loves to be in company with others in large numbers. They fly in wonderful formation. 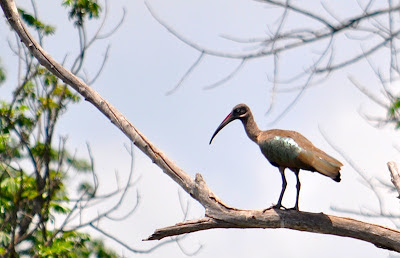 The Glossy Ibis is a very shy bird and a loner. It loves the edges of quiet waters. You can see from this picture why it has been given the name “glossy”. 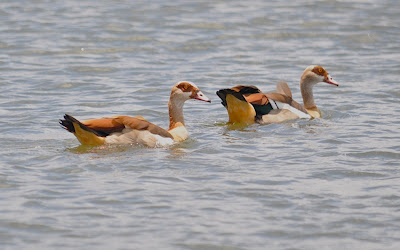 The Egyptian Goose is usually found in pairs. It loves to swim and so will be found wherever there is some water, even if it is just a small lake or dam. 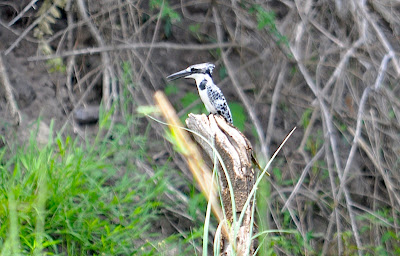 The Pied Kingfisher derives its generic name not from its size but from its ability to catch fish by diving head first. It then carries the fish to a favourite place where it beats the poor thing to death before swallowing it. You cannot miss its characteristic long, stout and pointed bill. 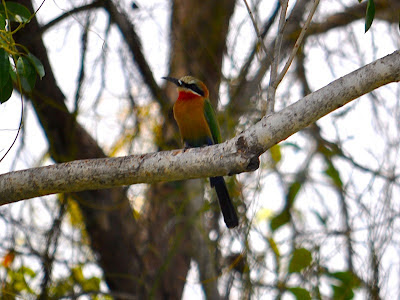 The White-fronted Bee-eater derives its generic name from its favourite meal. It eats bees (and other small flying insects), which it often captures while in flight. As you can see, this particular species has a beautiful variety of colours. 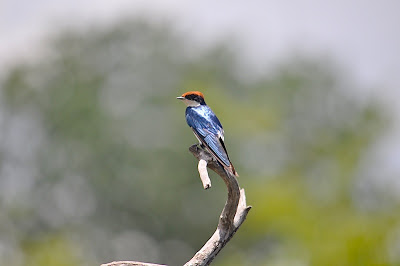 The Wire-tailed Swallow spends a lot of its time flying because it captures its food (insects) while in flight. This particular species has a chestnut reddish head that singles it out from other swallows.

Finally, just in case you think I am an ornithologist, let me correct the impression. I enjoy taking pictures of whatever birds I see, but then after that I get to my books on birds and try to identify them and read a little more about them. I find this such a refreshing and relaxing exercise. It is this latter exercise that results in the little knowledge I have exhibited above. At heart, I am still a preacher!