Our 2012 pastoral interns, Chopo Mwanza and Sydney Kombe, "graduated" at the end of December. We are grateful to God for the opportunity that he gave us to invest into their lives for one year. We pray that the exposure and experience they gained while they were with us will go a long way to equip them for ministry as they settle in pastoral work and for many years to come.

In the providence of God, he has brought us three new interns! These men arrived last week and are now settling in their work. In this blog post, I have short testimonies from each one of them. They talk about how they became Christians, sensed God's call to the preaching ministry, and found their way to Kabwata Baptist Church to participate in our internship programme. Read on... 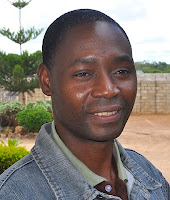 My name is Poniso Kuyumbana. I was born and grew up in a non-Christian family and village. My parents and all my family members were ancestral-spirits worshippers; and I was led to believe and involved myself in that system of worship at a tender age. We believed that we were doing good to the spirits of our ancestors, and they would in turn help us in times of trouble such as sickness or drought. In 1996-7, some Baptist missionaries came to our village to sink boreholes for the people. During this time, they also organised Bible studies in our village, which I attended. One day, they taught us a Bible story of Abraham’s call from Haran to Canaan. In this story, the missionaries taught us several spiritual truths concerning salvation in Jesus Christ. I was convicted that I was a sinner who deserved nothing but hell. I was also convinced that I needed Jesus as my personal Saviour. I gave my life to Jesus and asked him for forgiveness. I developed a deep interest in the things of the Lord and how I could be prepared for Christian service. I enrolled at the Centre for Christian Missions Bible College for theological training. I am graduating next year, 2014. I am thankful and looking forward to the ministry exposure and experience I will gain during the pastoral internship programme at Kabwata Baptist Church. 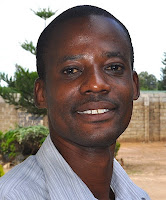 My name is Mathews Fikati. I am 29 years of age and became a Christian in 1996 when I gave my life to the Lord Jesus Christ as my Lord and Saviour after hearing the gospel. The message really sank in my heart and it caused me to be so restless for almost a week. One day, after a week of restlessness, the Spirit of the Lord convicted me of my sins and my eyes were opened to realise that, though I was brought up in a Christian environment and was very committed to the youth meetings, I was not a Christian, but a sinner who was heading for destruction. The conviction became so strong that I could not resist but surrender my life to Christ. I sensed the call to the ministry gradually. In 2004, I started theological studies at the Centre for Christian Mission on the Copperbelt, where I graduated with a Bachelor of Theology degree.  I am currently doing further theological studies at the Copperbelt Ministerial College. While at college I learnt about the pastoral ministry from a theoretical point. I now desire to learn more about it from a practical point. It is for this reason that I enlisted to join the Kabwata Baptist Church pastoral internship programme. 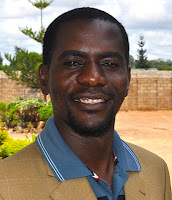 My name is David Chibanga. I was raised in Mufulira on the Copperbelt. I attribute my religious upbringing to my mother, who happened to have been a Christian. When my parents separated, I went with my mother. In 1989, God called me to salvation in a cell group meeting where I heard the gospel message. My heart was pricked, I immediately stood up and said I believed, and I received Jesus Christ as my personal Lord and Saviour. From that time onwards, God has continued to be faithful to me. Upon my completion of high school, I moved to Lusaka. This move was to facilitate for my tertiary studies in London. My sister lived and worked in London. It was while in Lusaka that I met Pastor Steven Bell a missionary under Baptist Mid-missions. Together with him, and other brothers, we established the Berean Baptist Church of Chelston. I served in various capacities until my call to pastoral ministry. I was ordained in April 2005. In 2008 I enrolled at the Baptist Theological Seminary. While at the seminary, Pastor Isaac Makashinyi introduced me to the Reformed Faith in his Greek classes. Upon completion, I applied to do my internship with Kabwata Baptist Church. I am privileged to be here.

Pray for these men as they embark upon our pastoral internship programme, that the Lord will use it in their lives to sharpen their ministerial skills.

Email ThisBlogThis!Share to TwitterShare to FacebookShare to Pinterest
Labels: Internship