The Sermon That Changed My Life—By Gladys Chisha Chongo Mposha

My second instalment of "The Sermon That Changed My Life" is from a church member. Her full names are Gladys Chisha Chongo Mposha—but just call her Gladys. She is a single parent who has been widowed for the past twelve (12) years and has two children—a son and a daughter, both of whom are studying in Canada. They are both Christians. As you will notice from her testimony below, Gladys grew up on the Copperbelt, in Chililabombwe, before she went to study Economics and Business Administration at the University of Zambia. She has been working with the Central Bank of Zambia since 1991. She has since pocketed an MBA from the University of Wales (2005). She is one of those members we may soon be grudgingly losing to our new church plant, i.e. Ibex Hill Baptist Church, east of Lusaka. What is the sermon that changed her life? Let us hear her tell her story. 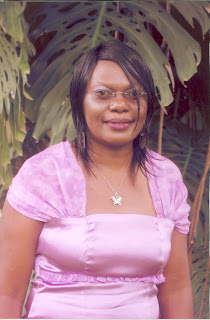 Prior to December 1979, I had been attending church quite often. This was initially through Sunday school where we were told a lot of stories from the Bible and later through the main adult services where we were exposed to the preaching of the word of God. In 1977, I qualified to go to secondary school and was admitted to a boarding school, where we were expected to attend church every Sunday. We were also expected to attend selected services in the morning and evening, as well as other special services from time to time. This type of regime exposed me further to the preaching of the word of God.  However, notwithstanding all this, I went on with my life as usual.

After completing senior secondary school in 1981, I was invited to an evangelistic meeting in Chililabombwe, where Pastor Chris Bungoma from Uganda was invited to speak. This was a follow up to my encounter with Charles Chiwele who initially introduced me to the Lord Jesus Christ in 1979. I had also been involved in some Bible study meetings at my late elder sister’s home and other church meetings which I attended at the Christian Fellowship in Chililabombwe.

During this particular evangelistic meeting, Pastor Bungoma preached from the book of Romans, I think,  and the central message in his sermon was the fact that we are all disobedient and that in the same way that we disobey our own parents, in one way or the other, we also disobey God. In his sermon, Pastor Bungoma clearly demonstrated that when we disobey God, we sin against him and that the consequences are far more severe than the punishment we can ever be subjected to when we disobey our parents. We were challenged to honestly think about our lives in the light of what he was preaching and determine whether anyone of us could confidently say that they had neither disobeyed their parents nor God before. He further demonstrated that despite this dilemma that we have all found ourselves in, God had provided a way out for us through the Lord Jesus Christ and that he stands ready to receive anyone who believes in the Lord Jesus Christ for the forgiveness of their sins.

As I sat in the congregation listening to Pastor Chris Bungoma dividing the word of God, I felt like the sermon was directed at me because I was able to identify myself with a lot of aspects that were covered in the sermon. But further, this was the first time ever that I seriously thought about what was being preached. Despite having sat under the preaching of God’s word at different fora, the word came to me in a way that it had never done before in my life. It was very obvious from that moment that I needed to do something about my life. Later that day, I gave my life to the Lord Jesus Christ and from that day onwards my life has never been the same.

Despite the hills and valleys, I may have passed through in my life, or the different circumstances that have come way, I have over and over again proved the fact that God is gracious and that his grace is sufficient for me.

If I had to make a choice once again over these matters, I would like to put it on record to the rest of the world that I would still choose the Lord Jesus Christ as my God, Redeemer, Saviour, Provider, Protector and everything else that I can think of to describe my Lord, and I make no apology for the choice that I made that day.

Email ThisBlogThis!Share to TwitterShare to FacebookShare to Pinterest
Labels: Preaching