Whom should we vote for in this year’s Presidential and Parliamentary elections?

Our national Presidential and Parliamentary elections are upon us once again. They come round every five years. It is very evident from almost all the adverts that we are seeing that the political players are jostling one another in order to get our attention and our votes. Each side is breaking the rules when the ref looks the other way to score as many goals as possible. Hence, no doubt, the most important question on the minds of each Zambian that is eligible to vote, and has registered as a voter is, “Whom should I vote for in this year’s elections?”
At presidential level, the hottest race is certainly between the incumbent president, Rupiah Bwezani Banda, of the Movement for Multiparty Democracy (MMD) and the opposition leader, Michael Chilufya Sata, of the Patriotic Front (PF). The press, church leaders, former presidents, and chiefs are all being sucked in to say that they are supporting one or the other of these two candidates. Mercenaries are obviously taking advantage of this and raking in some quick cash by promising to campaign for particular presidential and parliamentary candidates. This is Africa!
As pastors, we do not think that it is our responsibility to give you a specific name in answer to the question, “Whom should we vote for?” (although some religious leaders have already done so). However, we will be failing in our duty if we do not give you basic guiding principles. So, I asked my fellow editors of Reformation Zambia to send me their thoughts on this. Below are the very first answers that have been sent to me. I will keep adding to this list as the others respond. I hope that you will find these answers helpful in at least removing the cobwebs from your minds and enabling you to think more clearly on this vital subject.
Finally, before you read the wise counsel below, it needs to be stated that you will most likely not find a candidate the perfectly suits the descriptions below. The idea is not for you to choose the ideal candidate but the better—dare I say, the best among the worst? Whether you vote or not, we will have a president by the end of the year. So, cast your vote for the person who best approximates the picture painted below, even if he is “the best among the worst”.
* * * * * * * 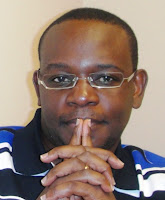 Isaac Makashinyi: As we gear ourselves for the elections this year, we are being bombarded by numerous political messages by those who wish to convince us why they are better candidates than others. In these political messages, most candidates scarcely spend time pointing us to their own personal virtues. Instead, they channel their energies towards depreciating and discrediting the other candidates. As those who wish to be objective, God-fearing and pray for greater maturity in our politics, we must raise the standard high for all those canvassing for our votes, and refuse to buy into their political chicanery.
Look for integrity in their lives. They cannot be perfect, just like anyone of us are not, but they should not compromise on the core values that build trust, respect and the confidence of the electorate in all areas of life. Look for a selfless, servant heart. Do they care enough for the people they wish to serve and are they willing to pour their lives into improving our lot as Zambians? Power breeds pride, and proud leaders are a liability to the nation and often manipulate people and laws to perpetuate their hold on political office, so look for humility in those who must ascend to public office. Look for intellectual capacity, clear-headedness and articulate vision for the country; look for a respect for the laws and institutions of government, and an ability to unite and galvanise all Zambians to a better tomorrow. 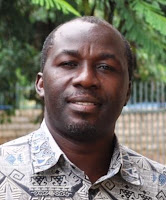 Kabwe Kabwe: Voting is all about making choices, sad to say that some people decide on a candidate when they are in the booth and not before the day of elections. The question on who to vote for in this year’s elections, reminds me of the vital question, “How would Jesus vote if He was among us?  Ram Gidoomal a Christian British businessman stood for Mayor of London in 2000 and failed to go through, he then wrote a reflective book entitled ‘How would Jesus vote?’ Let me paraphrase some of Gidoomal’s reflections on what to look for in our national leaders in this year’s Presidential and Parliamentary elections. Basically, there are six areas in which we should probe our candidates:
1. How committed are they with issues of social justice, i.e. the injustice and inequality in our society.
2. Issues of respect for human life. Do they respect the sanctity of life and the rest of God’s creation?
3. Are they committed to peace building? How do they handle conflict?
4. Issues of compassion. Are they broken by the levels of poverty and underdevelopment of our communities? Is there any discontentment in them when they see the dehumanizing results of structural sins of selfishness in society?
5. Issues of stewardship. Can we entrust and trust them with the country’s resources and are they accountable?
6. Do they exhibit any professional capacity to bring about empowerment to free people and the nation from archaic living conditions?
All politicians make promises. However, it is important before we consider the promise that we look at the person making the promises. We need to know as much about that candidate as we can and then look at the policy being promised. Can s/he translate it into action?
* * * * * * * * 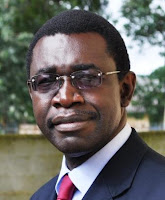 Victor Kanyense: Let me answer the question by restating four biblical principles that assist me process such issues. I will just state the first two, but settle on the next two. The first two are what we will need to be doing: praying and participating. The next two are what we will need to be looking for: performance and proficiency. “He must manage his own family well and see that his children obey him with proper respect.” Ah, that is talking about elders in the church. Are you suggesting we vote only those who would qualify to be elders in our churches? Now, that would really be an achievement in managing political office.
However, I simply wish to borrow one sphere of an ecclesiastical officer’s qualifications and apply it to our discourse. It is really what Paul says after making that statement that is of interest: “If anyone does not know how to manage his own family, how can he take care of God’s church?” This question follows immediately, providing the rationale for the foregoing statement. One’s proven track record, demonstrating performance and proficiency in domestic management, provides insight to what to expect once elected. What you see, is what you get! 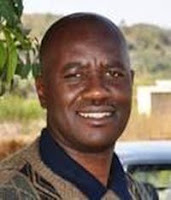 Kennedy Sunkutu: I have heard people say, "We need a change. It’s too much of this MMD government. Let’s try others this time." I suspect, if my guess is correct, what such people are saying is, “Let’s have change without any serious considerations as to who it is that we are voting in, as long as we have different people this time around.” I disagree! It’s not enough just to have change. If we do vote, we need to give a serious thought as to whom we vote for.
To my mind, a basic qualification for any leader, especially those who are to occupy public office, is that it must be a person who, over the years has been able to manage himself/herself. Leadership begins at an individual level. It must be somebody who has learnt to discipline and conquer self. Self-discipline is key to any person that occupies public office. We cannot afford to entrust public resources—taxpayers’ money—to the signature of one who has never shown any level of self-sacrifice.
A person whose track record shows no self discipline in their life is not qualified to lead. So, dear friends, do not vote for a person who at work just waits for the next workshop, and won’t even allow their juniors to attend such workshops for obvious reasons. Do not vote for a man who sees every woman (or a woman who sees every man) as a potential bedmate. Do not vote for a person who will not readily obey those in authority or those above them. Do not vote for a person with a record of being lazy and very disorganised at work or even at home.
Rather, vote for someone with a track record of genuine hard work, and who is ready to sacrifice for the sake and good of others. Furthermore, vote for someone who is ready to take on tasks that others are avoiding, or hidden tasks that will not even come to the attention of the public. That is the person who is ready to lead.
How well, then, do you know that person you want to vote for? It’s not too late to begin to find out now!
Posted by Conrad Mbewe at 5:36 PM

Email ThisBlogThis!Share to TwitterShare to FacebookShare to Pinterest
Labels: Politics