A Book Review of "Glory Road" by Anthony J Carter 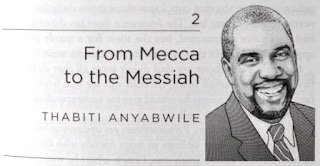 Evangelism
These men received abundant life through repentance and faith in Jesus Christ. God brought them to himself in many different ways.

Take Thabiti Anyabwile, for instance, whose teenage convictions and family background caused him to come up with a system of beliefs that led him to become a Muslim. The behavior he witnessed in the family and community made him espouse values that later revealed his sinfulness. His father neglected his family, a trend that was common in his community and culture. Upon seeing the pain that his father caused his family, particularly himself and his mother, he made a vow to become a One-Woman Boy. 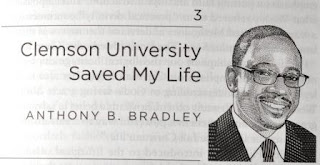 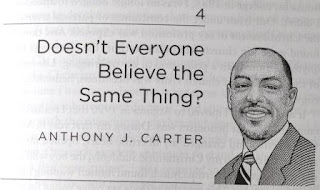 For Thabiti, church was merely a place to go to when one needed a “clean up”. Then one day he answered an altar call and was led to a back room. After he was asked whether he’d been baptized, Thabiti said he had not, all the while thinking that was what it would take to be “cleaned up”. His interviewer then scribbled a few notes on a paper and took him out to the congregation announcing that Thabiti was applying for membership and desired to be baptized. Two weeks later he was baptized with no clue about the gospel. 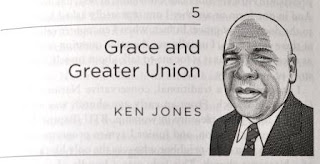 Later, some Muslims visited his college and impressed him with how smart and passionate they were. And so he gave himself to study Islam. The night he became a Muslim he told his wife-to-be who wept. He even got a new name Thabiti Montsho Anyabwile, whose meaning (upright and stern, loosely translated "true man") puffed his ego making him think he was now beyond the sin that he shunned and yet had fallen into time and time again. His life still remained empty until the frowning providence of losing a baby in the womb led him to hear a voice calling, “Son come home”. It was through the radio that he heard the gospel and subsequently went to church with his wife. His years of anger and hatred were broken.

Such testimonies fill the pages of this book. The details of the testimonies of these men are very different but the issue of repentance towards God and faith in the Lord Jesus Christ as the only way of salvation cannot be missed. As a reader, you come to the point where each individual came to Christ and are overwhelmed by the fact that “Christ Jesus came into the world sinners to save!” You get inspired to also be a means by which Jesus can save others.

Biblical truth
Knowledge of the Reformed Faith came to these men as they came to know Christ and the power of his resurrection. For instance, Thabiti and his wife had a bookstore for African and American titles and so they loved books. Hence, it followed that when they became Christians they went to a Christian bookshop to look for good books especially on theology and church history. Thabiti bought Knowing God and Great Doctrines of the Bible. He began to feast on Reformed theology without knowing it. He was not discouraged by the comments people made and he became convinced of what he called “biblical theology”. The Bible made him see the glory and awesomeness of God and he came to believe that God was sovereign and could be trusted in all things. 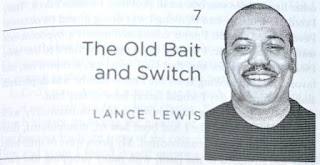 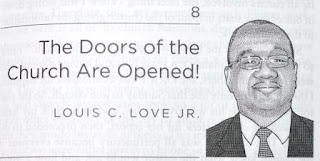 Thabiti and his wife, as well as all the other African Americans in this book, sat under the feet of ministers of God’s word who preached the whole counsel of God, even when the churches were not in their comfort zone. What they were learning kept them going for more each week. They also read Christian literature which revealed to them the doctrines of grace. They embraced these truths with their spouses and wanted their fellow African Americans to know the truth in God’s word—the Bible. It cost them a lot in terms of being ostracized by their fellow African Americans but biblical truth was so important to them that they were willing to pay the price. Truth is important!


It should not shock anyone that the one hymn quoted in the book is:
Amazing grace—how sweet the sound;
That saved a wretch like me,
I once was lost, but now am found;
Was blind but now I see.
The book ends with a list of the books (and men) that were most influential in the lives of these men in bringing them to the Reformed Faith. It is always a great encouragement to discover that books (and men) that were used by God to bring you to the Reformed Faith on this side of the Atlantic were also used to the same end in the USA. The power of the printed page! 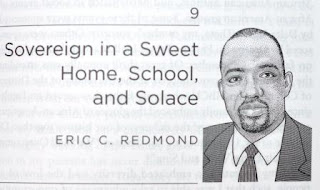 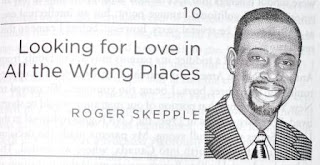 Conclusion
I have just cited one encouraging example in Glory Road. Get a hold of the book and you can hear similar testimonies from the lives of the other men as well. If there can only be many more such men in the USA, the situation among African Americans would certainly be different. Who can doubt the fruit of the preaching and understanding of the Reformed Faith upon individuals, churches, and entire communities? May the God of grace, whose grace is extolled in the doctrines of grace, raise up an army of soldiers with such testimonies not only among the African Americans but also among us African Africans. Amen!
Posted by Conrad Mbewe at 3:41 PM