Sola 5 is an association of evangelical churches across southern Africa that seek to be God-centred in their worship. I look forward every year to the Sola 5 conference because it is a time to meet like-minded brethren, who have become dear friends of mine over the years, from across the southern sub-region of Africa. Usually, we have brethren coming in from Botswana, Malawi, Mozambique, Namibia, South Africa, Zambia and Zimbabwe. 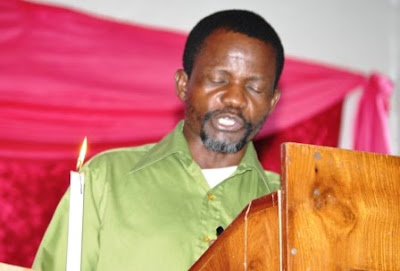 This year the conference is being hosted by the Reformed Baptist Church of Harare, Zimbabwe at the Louis Mountbatten Primary School. The church is pastored by Joseph Soko, who is seen above welcoming us to the conference, which started this evening at 19.00 hours. I drove from Zambia with Felistas yesterday, arriving in Harare, the capital city of Zimbabwe, at around 22.00 hours. Whereas everyone else from Zambia drove in today, I came in yesterday because I was the first preacher at the conference and was scheduled to preach tonight. I really needed to be fresh. Thankfully, Felistas’ immediate elder sister and her family live in Harare, and so coming one day earlier was a bonus for everyone. 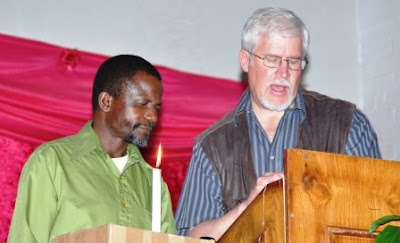 Although the meeting hall was well decorated, we were welcomed to the conference at 19.00 hours by pitch black darkness. There was no electricity! As the chairman of the Sola 5 steering committee, Christo Beetge, was trying to figure out how we could sing from song sheets in the dark, I said to him, “Welcome to Africa!” While efforts were being made to get a rather reluctant generator going, Christo commenced the meeting—yes, in the dark—with a few candles and torches to barely enable us see that we were not alone in the meeting hall!

As already stated above, Joseph Soko came forward to give a word of welcome. He assured us that Zimbabwe is full of peace-loving people and so he wanted us to feel at home. He apologized for the inconveniences we were likely to face while in the country. He then asked Christo Beetge to read Acts 10:30-33 (see picture above) as his concluding remarks, applying it to all of us who had come to the conference. He ended by quoting Spurgeon who said that the Bible is like a lion that did not need to be defended. All you need to do is to release it from the cage and it will defend itself! 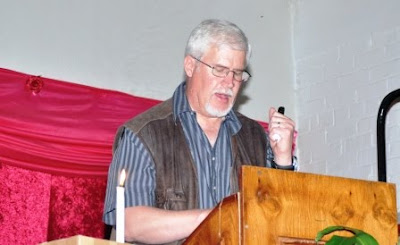 Christo then read Daniel 4:28ff and then prayed. The fact that Christo was led to the very text I was intending to preach on was a great confirmation that God really wanted me to preach on his sovereignty based on this text. We then stood up and sang, “Come Thou Fount of every blessing”. We all sang using light from candles, cellphones and torches (as can be seen in the picture above as Christo sang with a candle on one side and a torch in his hand).

This year the theme of the conference is "God's Grace Today". I preached the first message on “The Sovereign Nature of God” being the fountain of God's grace. Thankfully, my sermon notes were on my Sony e-Reader and so I was able to read them in the dark. My sermon essentially comprised four points, from the confession of King Nebuchadnezzar: 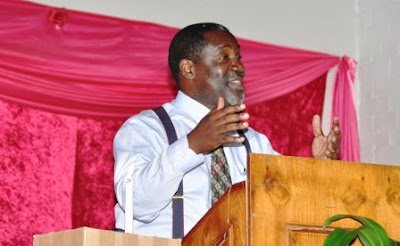 Just as this Gentile king was brought face to face with the reality of God’s sovereignty by his dealings with Israel, I made an urgent plea that we should so order our lives as believers that unbelievers will meet with our God in his sovereignty as they relate with us. I also appealed to those who battle with this reality to bring their hearts to Christ so that by his saving power he might bring them to worship the true God who is sovereign on earth and in heaven. That is the only way they will worship him as God for all eternity. 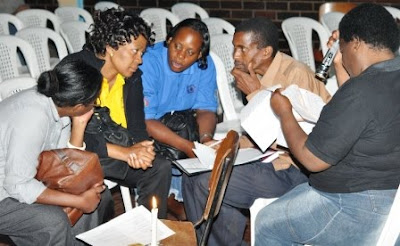 We sang in closing “Guide me, O Thou great Jehovah”. Christo closed the meeting and supper was served. Due to the lack of electricity, many things suffered, including the allocation of sleeping places. This had to be done by candle light and torches as can be seen above. By the time I left, which was just before 21.30 hours, we still did not have any electricity. Welcome to the real Africa!
Posted by Conrad Mbewe at 11:56 PM