We must keep the work of evangelism central 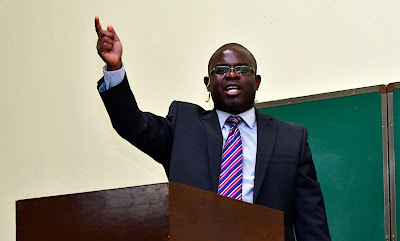 The more I climb the ecclesiastical ladder the more I am disturbed by the discovery that many Christian leaders tend to abandon the gospel while still claiming to be faithful to it. They tip their hats to the gospel but do not preach it. It is almost as though the gospel was simply the first rung of the ladder of Christian ministry and should be left to those who are still cutting their teeth in pastoral work.

I do not want to be judgmental, but I find it instructive that I cannot remember the last time I met someone who, in sharing their testimony of conversion, mentioned the name of some of the loudest ministers of religion in my own country as the instruments that God used to bring them to himself. The names that are often mentioned are those of the “small boys”. This bothers me. Does it mean the big fishermen are no longer catching fish? I ask myself, what can be more glorious than preaching the gospel and seeing souls saved?

The “big fishermen” are quick to comment on Zambia as a Christian nation, or on the Zambian “firegate” scandal, or on the need for the church to monitor elections, or for the church to love homosexuals, or be involved in opening universities and hospitals, etc. It gains them a lot of mileage in the media and secures the attention of politicians but I keep asking myself whether this is what their primary calling is supposed to be.

Do not get me wrong. All these issues I have listed are important but my point is that we preachers must keep first things first and remain red-hot preachers of the gospel. There would be no church worth talking about in the first place if there was no gospel being preached regularly and effectively. All the the issues I have listed would even be worse if there was no church to start with.

It is a sobering fact that every generation must be re-evangelised. We should never take today’s statistics in Africa or anywhere in the world for granted. If we do not maintain and build upon the evangelism of the previous generation we will lose ground and Christianity will dwindle despite the fact that the number of church buildings may remain the same—at least for a little while longer before they become empty and start getting sold.

Again, I do not want to be judgmental, but the African church needs to look at what is happening to Western Christianity. The publishing houses are still there, churning out many good books as before. Christian organisations are still there, doing their works of charity. Bible Colleges are still there, fighting for the dwindling numbers of individuals answering the call to the preaching ministry. But ground has been lost. Many churches comprise octogenarians tottering to their graves. There are hardly any new converts!

I am not sure how the Western church found itself in this situation. My concern is for Africa. If we are not evangelising but simply talking about evangelism and the gospel we will soon find ourselves in the same situation as our Western counterparts. Sadly, I am observing that there is far too much of talking about the gospel but precious little of fervent gospel preaching. We need to reverse this before it is too late. We need to get back to red-hot gospel preaching.
Think about this: What would happen to a nation if all adults were simply talking about the science of childbearing and child upbringing but not proceeding to actually marry and engage in the activity that produces children? Well, before long there would be no nation to talk about because all would be well past their childbearing age!

It is not rocket science to know that for a nation to prosper, married couples should bear children while in their prime and then nurture them into adulthood. Once midwives run out of work, you can start preparing the coffin for that entire nation. It will soon be no more.

I fear that this is what is happening with the Christian church. We are majoring in minors. Do not get me wrong. Social, economic, and political issues are important. Thankfully, the preaching of the gospel will have social and political ramifications. Benevolence comes from hearts that are converted and are overwhelmed by the love of God. This is because the greatest enemy that people have is sin. The news of how sin was defeated by Christ on the cross ought to be defended and sounded forth all around us as the world’s best news. Preachers ought to be challenging the people of our generation to respond to this news through repentance and faith. Sadly, that is fast becoming the exception rather than the rule.
Posted by Conrad Mbewe at 10:31 PM