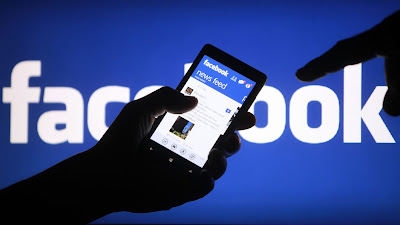 As I commence 2017, Facebook is among the many blessings I am thanking God for. Let me explain. My journey on Facebook began a few years ago. I remember the day quite vividly. I had been preaching for a pastoral friend in the USA and while there on a couple of occasions he asked me why I was not on Facebook. I cannot now recall what my answer was. He kept insisting that “a guy like you needs to get on Facebook” but I kept up with whatever excuse it was that I was giving him. Finally, as we came to my last night and I was preparing to go to bed, he told his eldest daughter to get my laptop and open a Facebook account for me. When I woke up in the morning I was given my laptop back with the news that changed my world: “Conrad, you are now on Facebook!”

I recalled that it was in precisely the same way that I started blogging. Again, I was preaching for an American pastor and while I was having lunch with him he raised the subject that I should start blogging. I gave every excuse in the book as to why I could not but he kept insisting, “A guy like you needs to have a blog”. Finally, with lunch out of the way, he took me to his son’s office and asked him to open a blog for me. Within a few minutes I was told that I had a blog.

But I digress. I was talking about Facebook and me. Once I got over the initial shock of seeing thousands of “friend” requests streaming in—compared to a few hundred followers on my blog—I sat back and asked myself the question, “How was I to use this power that was suddenly at my fingertips?” I noticed that many people used Facebook to talk about inconsequential aspects of their lives—what they ate the other day, what they saw yesterday, where they visited today, etc. I came to the conclusion that each person must determine what he or she will do with this power that was now in his or her hands. I felt that I wanted to use it for a greater purpose.

I decided that Facebook was going to do for me what my regular prayer letters did. Once I settled that in my mind, I was ready to fly. I processed it this way. Missionaries and pastors of a former generation kept journals, which were often published many years after events had happened, sometimes after the writers had already died. Readers were challenged to greater heights of Christian living and service by the feats of these servants of God. Although that was not my generation, I too became a pastor before I had access to the Internet. I would type out prayer letters on a manual typewriter, duplicate them, and send them by post. Within a week my friends would know what was going on in my life and ministry and feel a part of my life. Enter the Internet and Facebook! Now, in the providence of God, I can do what God’s servants were doing and what I used to do but this time the waiting period between writing and reading is a millisecond.

That is not the only change I am grateful to God for. I recall that I used to send my prayer letters to about 50 – 100 people around the world—largely around Africa, Great Britain, and the USA. Facebook has changed all that. Now I share what is happening in my ministry with about 10,000 “friends” all over the world at the click of a button. I have had to open a second Facebook account because the first one can only allow me to have 5,000 “friends”. Bear in mind also that some of my “friends” further share my posts. If you add Twitter to the list, the number doubles to about 20,000. Also, previously, by the time news got to many of my would-be recipients some of it was stale, but now the news is hot-off-the-press. I am able to post “as it happens”. I often meet people I have not seen in years that tell me, “We are following you on Facebook.” Oh, to turn a lot of that into prayer!

One more advantage with Facebook that my prayer letters could not do is to report to members of Kabwata Baptist Church about my itinerant ministry and other ministries outside the church. I always kept my fellow elders up-to-date with where I was and what was going on there, almost in real time. But the wider church only got to know when we had our members meetings, which only took place once every four months. It was too little too late. Enter Facebook. Now those members who are my “friends” on Facebook—and that accounts for almost all our younger members—get to know what is happening in their pastor’s life as it happens. They are able to comment on it and, I trust, pray for me while I am in the battlefield and the bullets are flying past my head. I really appreciate this.

Perhaps the bonus has been my love for photography. Initially, my prayer letters had no pictures due to the primitive nature of duplication in those days. Then when the personal computer became domesticated my prayer letters would have one or two photos, which I would scan in after the whole event was over. Now I am able to take digital photos and post them while an event is still in progress. This enables people to pray more intelligently as they see with their own eyes what is happening in real time in a place far away. It has made hauling my heavy camera paraphernalia around the planet worth all the trouble.

Facebook has both hindered and enhanced my blogging. It has hindered it because I now spend much more time writing short paragraphs for Facebook and quickly posting. It is easier. It is faster. And so I lack the time and enthusiasm that I once had to sit down and write my long blogs (like this one!). That is a loss…a major loss. However, Facebook has enhanced my blogging experience because when I write a blog I am able to share the link on Facebook and the traffic going there has grown exponentially. Many more people read my blog posts now because they see the link on my Facebook page. So, again, I am grateful for Facebook.

However, as with all human inventions, Facebook is riddled with minefields too. One of them is the fact that there is a very thin line between sharing what God is doing in the various ministries in which I am involved and “showing off”. The former glorifies God while the latter stinks. The warnings of Matthew 6 are relevant here. Jesus said, “Beware of practicing your righteousness before other people in order to be seen by them, for then you will have no reward from your Father who is in heaven” (Matthew 6:1). He then went on to give three examples and in each case he had in mind aspects of our religion that are meant to be private—giving to the poor, personal prayer times, and fasting. Another issue Jesus was concerned about is the temptation towards ostentation—“to be seen by them”. It is an issue of motives. I have to ask myself the question every so often: What drives me to share on Facebook? I wish I would say that my motives are always God honouring and pure but as a fallen creature I sometimes catch myself wanting “to be seen” by men. O this carnal heart!

Looking back now, I thank God for Bill Ascol, who prevailed on me to get onto Facebook, just as much as I thank God for Tim Bayly for prevailing on me to start blogging. Between these two men, I have been able to use Internet technology in my ministry far beyond merely sending emails to a few friends. I have become a journalist without my writing passing through an editor. I can only pray that the many friends that I have acquired through these two avenues—especially through Facebook—will go beyond being entertained by reading what I post. I pray that they will often take a moment to pray for me. I am a sinner saved by grace. Left to myself I will mess up everything. “Prone to wander, Lord I feel it. Prone to leave the God I love.” Yet, with the prayers of God’s people, God can pour abundant grace into my life resulting in genuine spiritual growth in me and in the ministries I am involved in—to his glory!