Why do missionaries take such embarrassing photos? 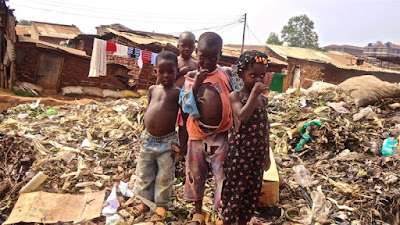 I flew into Freetown last week. As I was escorted from the arrivals gate I found a sea of humanity outside the airport calling out to arriving passengers for the exchange of money into the local currency or as taxis. Thankfully, someone was waiting for me and he took me straight to the place where I needed to pay for my fares to go across to the mainland using the “sea coach”. As I sat in the small bus that looked like its retirement from active service was long overdue the bags of other passengers were being heaped next to me until I felt as if my life was in danger. I got a picture of the heap of bags towering over my head. I thought to myself, “This is certainly worth posting on Facebook as I recount my travel tales”.

When the bus was full, we started out for the “sea coach” port. Within a few minutes, we left the tarred road and the bus went through a bush path with our bones rattling at every pothole we hit because the rickety bus’ shock absorbers were finished. As I was about to pull out my camera again to capture something of this humorous adventure for my Facebook update a thought struck me: “Imagine how my hosts will feel if they see my Facebook updates exposing their primitive transport and roads to the whole world. Will they be happy with me? I do not think so. Conrad, do to others as you would have them do to you.” So, I never took those shots that would have earned me quite a few “likes”.

As we crossed the water channel from the airport to the mainland, my mind began to race. I thought to myself, “Could this be why many missionaries end up taking and showing photos of only the primitive side of life in Africa?” The photos show what will be interesting to the people back home!

My mind went to my overseas visits. I carry my camera everywhere I go and I have been to all the continents on the planet, except the Antarctica—if you consider it a continent. What is it that causes me to whip out my camera and take shots for Facebook or for my own family’s consumption? It is almost always situations and scenery that are not common back home. In North America I want to capture the BIG things—big men and women (referred to as being obese), tall buildings, wide roads with myriads of lanes, shops with almost every conceivable item under one roof, etc. In South America I want to take photos of the simplicity of life that I see there—small beautiful homes, half-dressed men and women walking around in slippers, children playing football everywhere, beautiful graffiti, etc. In Asia I want to capture Hindu and Moslem culture—well dressed and sometimes over-dressed women, cows freely roaming the streets in the city centre, elegant mosques and temples, etc. When others come to Africa and take photos of what is not common back home, they end up producing the stereotypes that cause the world to think that we all live with lions, giraffes, and elephants in our back yards and in pre-historic mud huts.

I thought, “Could what motivates me to take pictures of things that will surprise my own people back home also be what motivates missionaries to take those embarrassing photos in Africa?” An American missionary will not want to take photos of themselves standing inside our state-of-the-art shopping malls. People back home may think the photo was taken inside Walmart, Best Buy or MacDonalds down the street. The temptation is to take a photo inside the most poverty stricken compound. Photos showing children with flies and mucus on their faces and with dirty torn clothes, standing next to a heap of stinking garbage…those are the “perfect” pictures to produce a “Wow!” back home. That is certainly not an everyday sight in the Western World.

I guess whereas the motive I have may be the same as that of the missionaries, the reaction will be different when people whose homeland is represented consistently in negative extremes see the presentation. I once suffered that embarrassment. Some years ago I saw a presentation of Africa at a church in the USA that made it look like I had come from wretched poverty before getting on the airplane to cross the Atlantic. I do not recall all that I saw but slide after slide showed women selling food in the open market with house flies on them, children who looked like they had not bathed for ages and were terribly malnourished, congested hospital wards with patients sleeping on the floors, roads that were more of potholes than tar, Christian congregations meeting under trees with mud huts in the background, etc. I waited for slides that would show the other side of Africa but they never came up. Understandably, the missionary was trying to show how needy Africa was so that his fellow Americans could be moved to give to his work and he probably achieved it. As an African in attendance I felt embarrassingly and grossly misrepresented.

Where does one draw the balance? That is a very difficult question. In the world of estates and property they say that the key is “location, location, location.” With respect to this subject the key is “context, context, context.” When missionaries return home on assignment their task will most likely not be that of showing off how beautiful Africa is. They are not marketing our tourism potential in order to bring more tourists to Africa. Neither do they expect a “Mbewe”—born and bred in Africa—with skin-deep sensitivity levels to show up in the meetings. So, they tailor-make their presentation to show in the shortest possible time the needs in Africa so that those who may never cross the Atlantic can see and give and pray. That is the context. Those of us who are of African origin and find ourselves in such meetings need sufficient maturity not to over-react. We need to keep in mind why the presentation is skewed towards very embarrassing data.

However, it would help missionaries who are making such presentations to realise that the world has been reduced into a very small global village and a “Mbewe” may show up in the audience. They would be wise to add a regular note somewhere at the start of their presentation that states that the continent they are coming from is a very wide and diverse place and what they are presenting only shows the little corner in which they are serving and does not represent the whole. That way the blushing “Mbewe” can at least say at the end of the presentation, “Yes, although where I live is different from what you have seen, that is how some places in Africa are and missionaries labouring there would really appreciate your generous financial support and ongoing prayers.”

Facebook is another context altogether. There is need for greater sensitivity when posting on the Internet and especially in social media because the presentation is not to a localised group. Although we often choose the “friends” who see our posts, those posts are often shared beyond our initial circle of “friends” and can end up upsetting the feelings of the local people who are all being painted with the same brush. That was why I stopped in my tracks last week in Freetown, Sierra Leone. I realised that my hosts would see my postings and get hurt. It is vital that we are more sensitive and balanced when posting photos on the Internet and commenting on them. Some comments add insult to injury. The photos are bad enough. The comments—which sometimes can be very sarcastic—suggest that the people being served by the missionary are stupid and need to be helped to think. This must be avoided at all costs.

The issue of context, and the sensitivity and understanding of the people back home, was once illustrated about 12 years ago when I took some American pastors with me to Lusaka’s Leopard’s Hill cemetery. As they saw the number of fresh graves, they were deeply affected. One of them asked if he could take some photos. He said, “Conrad, people back home need to see this. I never realised it was this bad!” I told him that he could do so as long as he was discreet. Well, my caution was too little too late. He was spotted and a few angry mourners came over to the car demanding that my guest deletes any photos he had taken. In defence of my friend, I said that the “white men” I was with were pastors and were taking these pictures to go and show their congregations back home in America so that they donate money to our church hospitals. That way we can have medicines there to prevent more of us from dying. One of them quickly said, “Oh, so they are pastors? That’s okay. We thought they were journalists who just want to embarrass us. We do not want to see ourselves in a report on television saying that we are dying like flies. Tell them to convince their churches quickly because things are bad here.” With those words, the men were appeased and they left. There you are: Context! Context! Context!