Some common birds of India

As my time in India draws to an end, I thought of sharing with you the photos of some of the birds I came across. Between my preaching and my surgery, my schedule was too packed for me to have time to go bird watching and so these are birds that literally brought themselves to me. I was still obedient to the Lord’s injunction that I should “look at the birds of the air” and be refreshed by them. 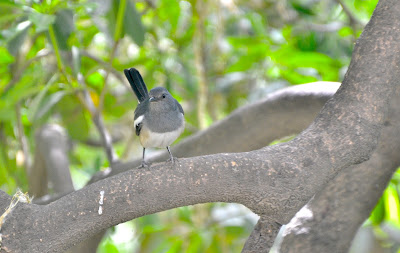 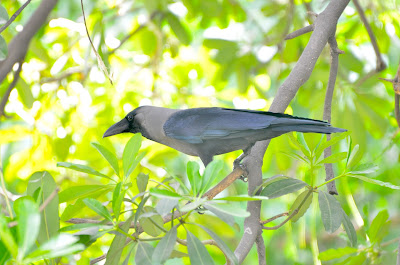 This is the House crow, a very common bird in India and has been exported around the world. It is a smaller version of the famous Mwankole of Zambia. Like most crows, it is very invasive and causes damage to crops and other wild life. They are normally found together in flocks and are found around human settlements in villages or cities because they tend to scavenge human leftovers. 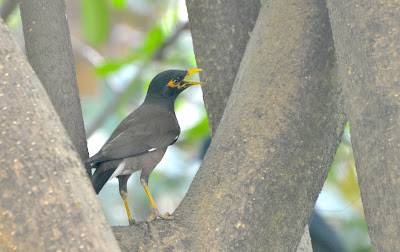 I first came across the Indian Myna in South Africa. Its reputation was not good. It is certainly not a bird you will describe as “friendly”. The United Nations has declared it one of the top three invasive birds on the planet. It is stated that the Indian Myna has been exterminated in Australia, where it was also exported from Asia and where it gained the name “The most important pest/problem”. 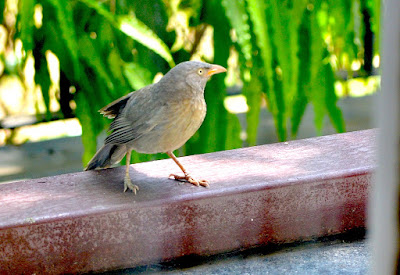 This is a picture of the Jungle babbler—a bird that is hardly ever seen alone. Both males and females have the same dull colour. They are often in small groups and have gained the name of “Seven Sisters” or “Seven Brothers”. They are found in both cities and forests, and are very noisy. We have babblers in southern Africa (e.g. the Arrow-marked babbler). You cannot miss them when they are around! 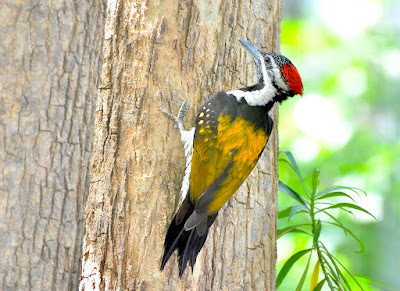 The most colourful bird that I managed to capture on my camera is the one I have left for last—the White-naped woodpecker. This one is male, identified by its bright red “hat”, while females have their “hats” in yellow. Their ability to balance themselves on vertical trees with their toes and tails and then use their strong beaks and long tongues to dig and dart into trees for insects is what sets woodpeckers apart from other birds. 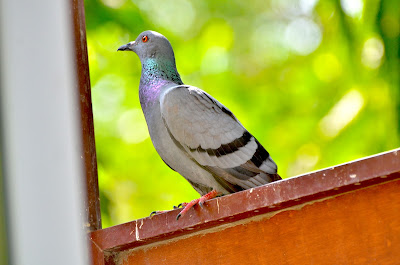 I had already posted this blog post when this Rock dove came to peep through the window at the home of our hosts (the Nsendulukas) as though to make sure I was still alive inside the home. Rock doves (sometimes called Rock pigeons) are common all over the world and are identified by their grey colour and two dark stripes on their wings. They are found in huge numbers among humans, especially in parks where they are being given free food (seeds).