The tragic loss of the doctrine of sin 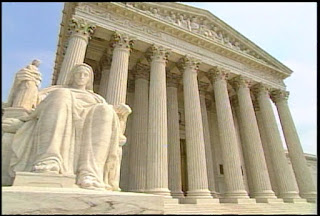 I started writing this blog post on a flight across the Atlantic. I was disturbed. I left the USA on the same day that the Supreme Court there announced the legality of same-sex marriages. I had intended to write this post about a month ago but it now seems the right time to do so.

At the risk of sounding simplistic, the more I think about it the more I am persuaded that many of the world’s philosophical errors and its failures in practical solutions and resolutions are primarily because of a faulty understanding of the awful thing the Bible calls “sin”.

According to the Bible, sin is not only the wrong that we do but it is also the root cause of the wrong that we do. We seem to have largely lost the second aspect of the definition of sin and are only grappling with the first part. We talk about the shoot but totally forget about the root.

The modern understanding of human beings is that we are essentially good and are only made bad by outside forces, e.g. the abuse of drugs and alcohol or a bad neighbourhood. The more “spiritual” ones add generational curses and demons to the list of corrupting outside forces.

That is certainly not the biblical concept. According to the Bible we are essentially bad. When our first parents, Adam and Eve, were created they were good. However, when they sinned against God in Genesis 3 they became guilty and a moral degradation took place within them. Their hearts became sinful. They became enslaved to a foul power called sin.

There is perhaps no better treatment of the experience of sin as a foul power within us than is found in Romans 7. The apostle Paul said, “For I would not have known what it is to covet if the law had not said, “You shall not covet.” But sin, seizing an opportunity through the commandment, produced in me all kinds of covetousness” (Romans 7:7-8).

Sin is here pictured as a factory of evil, producing all kinds of covetousness. It makes us desire what we have no legitimate right to. That desire can be overpowering, as overpowering as an addiction is to an addict. This is what made Paul realise that he needed salvation.

This foul power within us not only craves what is wrong but its craving is heightened when it is confronted with a command that forbids what it desires. The apostle Paul wrote, “It was sin, producing death in me through what is good, in order that sin might be shown to be sin, and through the commandment might become sinful beyond measure” (Romans 7:13).

Paul is here referring to what took place within him when he came across the command of God that said, “You shall not covet.” The command is good. However, this foul power filled him with all kinds of covetous desires as soon as he became aware of this command of God.

We learn something else, therefore, about this foul power. It is rebellious. It hates being under authority. It must have its own way. It pushes boundaries. As soon as it hears, “You shall not…” it goes, “I will!” It seizes an opportunity through the commandment to do evil.

This foul power is also present in Christians. The apostle Paul testified in the present tense as a mature believer, “For I do not understand my own actions. For I do not do what I want, but I do the very thing I hate. Now if I do what I do not want, I agree with the law, that it is good. So now it is no longer I who do it, but sin that dwells within me” (Romans 7:15-17).

Paul had explained earlier in Romans 6 that when we become Christians the reign of this foul power is broken. However, he is under no delusion that we are totally free from its influence. It is still present within us, waging war against our renewed humanity (see Romans 7:21-24).

I am very concerned that much of modern evangelicalism has lost this clear biblical teaching. We seem to see the source of sin purely in terms of the devil and the world. We see ourselves as good people who are victims of outside forces. We fail to see that we are born fallen.

This tragic loss of the doctrine of sin has left us unable to explain what is happening in our world today. The argument of Romans 1:18-32 is that where God is truly acknowledged, he puts a restraint upon this foul power of sin. However, where people think they can manage pretty well without God he removes his restraints and this foul power takes full control.

Finally, this foul power brings down all the other pillars of morality (Romans 1:28-31). It does not stop with pulling down our pants; it runs amok and pulls down anything and everything in its way. Society becomes filled with every kind of irrational wickedness.

In the goodness of God, he has provided civil government in order to restrain human beings from falling headlong into this abyss of total depravity. However, when civil government gets obsessed with rights rather than responsibilities it becomes complicit in the downward spiral. It gives approval to those who practice obvious irrational wickedness (see Romans 1:32).

This is what is happening with Western civilisation. God was kicked out long ago. Civil government is so drunk with so-called rights that it is even willing to redefine marriage. We are told sex must have no boundaries as long as those involved are two consenting adults. If you try to talk about the elephant in the room you are shouted down as a religious bigot.

In case I am seen to be throwing stones across the Atlantic Ocean, let me quickly add that this is also the Achilles heel of the growing deliverance movement in Africa. It blames all human moral failure on generational curses and demons. If a man is adulterous it is because there is a curse or evil spirit on him that makes him chase after skirts. He needs deliverance.

I was at a meeting yesterday where this was played out. A bishop was praying for Africa and he alluded to the USA Supreme Court’s judgement. “We bind the demon of homosexuality. We refuse this spirit here in Africa,” he prayed. You should have heard the hearty amens!

This popular movement in Africa has lost the biblical doctrine of sin despite being within evangelical circles. There is no effort to explain to people that we are all born fallen creatures with desires that are morally warped. You are born bad. I am born bad. We are all born bad.

What we all need is not deliverance from some external curse or spirit through the prayers of “men of God” but salvation and sanctification through Jesus Christ by the power of his Spirit. Jesus supernaturally subdues this foul power as we submit ourselves to the word of God.

“He breaks the power of cancelled sin,
He sets the prisoner free;
His blood can make the foulest clean,
His blood availed for me.” (Charles Wesley)

It was because the apostles of Christ knew this that they refused to concentrate their efforts on feeding widows. They knew that this foul power in human hearts could only be brought down through preaching Christian truth in the power of the Spirit of God (Acts 6:4).

The modern bane of motivational speaking that has taken over the Christian pulpit, where sin is not even mentioned, is as useless as shooting peas at a charging lion. It will certainly not arrest this foul power within us. We must restore powerful biblical preaching in our pulpits.