The Sermon That Changed My Life—Comfort Mulenga

My name is Comfort Mulenga. I am the second last born in a family that is now down to three. I have lost two sisters and a brother. I am a lawyer by profession. I became a Christian in the year 2000 in Ndola, which is my hometown, after a friend and work mate of mine who was a believer started ministering to me. I soon started attending lunch hour fellowship with him and I enrolled for a correspondence Bible course, which I completed in due course. Through the constant ministering of my friend, the lunch hour fellowship, and the Bible course, I soon understood what it meant to be a Christian.  I came to the realisation that I was a sinner and that I needed to repent and give my life to the Lord. My friend prayed with me even as I surrendered my life to God. 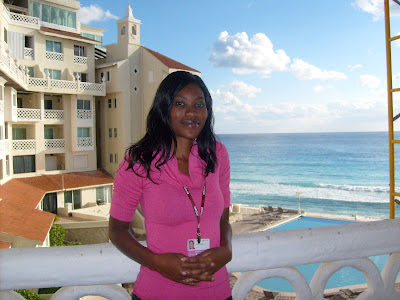 I have heard many sermons during my Christian walk. However, one of the many that stands out for me is a sermon that was preached at Kabwata Baptist Church in 2011 by a visiting preacher, Pastor Jeremy Walker, from Maidenbower Baptist Church, in the UK.

The sermon was based on the story of Lot in Genesis 19. The Pastor used this chapter in the book of Genesis to teach us how we should be steadfast as Christians in order for us to evangelise and spread the word of God to others, particularly to those who are not Christians. Our lives and the decisions we make should reflect the saving work of our Lord and Saviour Jesus Christ in our lives, so that when we minister to others we do not do so from a compromised position. He gave Lot as an example of a compromised messenger. He preached on how in Genesis 13:12, when Abraham and Lot parted, Lot pitched his tents near Sodom, where the men were wicked and sinned greatly against the Lord. Lot decided to settle in a place where sin and wickedness prevailed, thereby placing himself in a compromised position as he was a man who knew the Lord but chose to live in a sinful place.

Pastor Jeremy Walker said that if as Christians we are not steadfast in our choices and we settle in the midst of sin we would find ourselves compromising with sin. He pointed out from in Genesis 19 how the two angels sent by the Lord spent the night in Lot’s house and the men of Sodom surrounded Lot’s house demanding that Lot brings out the men (who were angels) so that they could have sex with them. Lot’s response to the demands of the men of Sodom is found in Genesis 19:7-8, which was as follows; “…No, my friends. Don’t do this wicked thing. Look, I have two daughters who have never slept with a man. Let me bring them out to you, and you can do whatever you’d like with them. But do not do anything to these men, for they have come under the protection of my roof.”

Lot found himself offering a Sodomite (sinful) solution to the problem he was facing with the men of Sodom, as opposed to offering a godly solution. What kind of a solution was that to offer his daughters to the men of Sodom? It was a sinful compromise.

Pastor Walker pointed out that when we live compromised lives as Christians, we become compromised messengers, such that when we seek to evangelise and speak to others about the Lord, they will not take us seriously because of our compromised lives. This is what happened when Lot spoke to his sons-in law as he warned them of what the angels of the Lord had told him, which was that, the Lord was going to destroy Sodom and they needed to get out of the city, but his sons-in-law thought he was joking (Genesis 19:14). His sons-in-law did not heed his message and so they did not leave the city, which was eventually destroyed by the Lord and they perished.

Pastor Walker emphasised that when we are compromised messengers we will not be able to save souls because people will not take us seriously. As a result, people whom we could have brought to saving faith will perish because of our compromised state. Therefore it is important for us as Christians to live upright lives so that others can be drawn into the Kingdom of God instead of dying in their sins.
This sermon changed my life in that it was a reminder that the way in which I live my life has an impact on others. Therefore, if I live a sinful and compromised life, which is unbecoming of a Christian, the people around me will be affected because when I choose to share the word of God with them, they will not take me seriously. They will look at my life and they will just say I am being a hypocrite—and rightly so! However, if I live an upright life and share the word of God with people, they will look at my life and be encouraged to listen to the gospel. This may lead them to desire to become Christians and ultimately others will be drawn into the kingdom of God. This sermon was a sobering reminder that the lives we lead as Christians can be the starting point of effective evangelism.