Yesterday was a most wonderful day. It was one of those days when I sensed the presence and nearness of God in an unusual way. It was not that way from the beginning of the day. Oh no. The day was largely spent in the library of the Baptist Theological Seminary, working on an article for the South African Baptist Theological Journal. However, at midday I received an email that at 17.30 hours the estate agent would be handing over a house that KBC had purchased for the use of our growing internship program. This whole story needs to be told to the glory of God.

Earlier this year, one of our missions partners wrote me, telling me of his burden. He felt that they should do more for our missions partnership than they were currently doing. He asked a basic question. What is it that we wanted to do for the great cause of Christ that we were not doing simply because of the lack of finances? The answer was soon sent to him. We were getting requests to take in pastoral interns from right across Africa (and some requests were now coming from outside Africa!) but we lacked the capacity. We were only managing two—or at the most, three—interns at a time. However, we needed to provide for about five or six at any one time. So, if only we could buy two houses near KBC to accommodate them and have some finances for their pocket allowances while they were with us, this would fling open the sluice gates.

Well, to cut the long story short, the brother gave us the green light to look for two houses to purchase. Our church officers asked one of our deacons (Logan Nyasulu) to begin the house-hunt in the area near the church. Since he worked in the real estate industry, he simply sent out word among the real estate agents. Within a few days he got a call that a house was being sold a few streets behind the church. When he went with the estates agent, he was led to house number 45, Boli Street, in Libala Stage One.

My eyes are filled with tears as I write this. 45 Boli Street was the house Felistas and I lived in for the first seven years of my pastoral ministry at KBC. It was our first home as a married couple. We moved in straight from our honeymoon. It was the home in which all our children were born. It was the home in which I counselled many teenagers who are now married, with families, and making their way up the corporate ladder—including Logan himself. In fact, he could not contain his own joy when the estate agent led him there. We left that house in 1994, when the church built the pastor’s house on the church premises. Here I was now, back to that little house—eighteen years later.

I felt as if I was walking on hallowed ground as I went around this small three-bedroomed house. I peeped into what once was our master bedroom, where I first brought my young bride. I looked into what once was the study, in which the sermons of the first seven years of my pastorate were born. It was in that room that I often knelt and prayed for God’s blessing upon my family and his flock at KBC. Flashes of those early years came to mind with almost overpowering emotions. This would now be the home to be occupied by our interns. May the Lord fill their hearts and minds with the great theme of his kingdom and his glory that enlarged my own heart in those early years of ministerial labours at KBC!

* * * *
As if this was not enough, while I was at the handover event, I got a call from a couple that I have been visiting for evangelistic purposes since July last year. Let me also narrate this event. I think it was even sweeter than what I have just narrated. 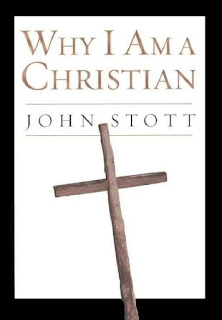 While I was at the new KBC interns' house, the wife called and asked if I was visiting them that evening. That surprised me because it was always her husband who used to call. In the ten months of visits, we have had evangelistic Bible studies in the parables of Jesus. We have read together John Stott's book, Why I Am A Christian. Recently, we went through Al Martin's booklet, A Bad Record And A Bad Heart. Last week, we had reviewed the DVD Courageous. Last evening, we were reviewing the DVD Fireproof. I always led the reviews to the point where salvation in Christ was the answer rather than some program or resolutions. When we came to the end of last evening's review, I asked what was still stopping them from surrendering their lives to Christ in the light of this.

The wife asked whether a Christian could backslide. And as she was asking, she began to shed tears. She explained that she had a very, very close non-Christian friend. She visited her that afternoon and felt she was being a hypocrite by pretending that she was still the old person when she had changed on the inside. So, could she backslide if she continued relating to this friend of hers? As she was asking this, she was shedding tears. I knew instantly that the Lord had saved her. I asked what had happened. She explained that on Saturday, while visiting an aunt, a pastor there talked to her and the others about the importance of asking themselves why they do what they do. She said that was the last straw. She got back home and went into her bedroom and cried to the Lord to save her. She literally wept. She said that at some point the burden just lifted and joy filled her soul. "I don't know whether I just wanted to be happy and so convinced myself that I was now happy. But I really experienced joy and it has been like that ever since!" 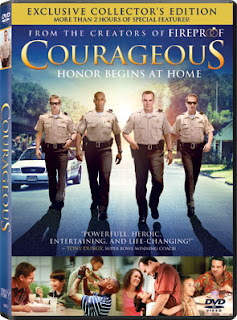 I turned to her husband and said, "Well, you have heard your wife's testimony. What about you?" His reply was, "I am not an emotional person and so my testimony is not like hers. For me it was last Wednesday when you showed me that what mattered was not 'faith' or 'the right attitude of mind' but Christ. That was it. That is where I always got it wrong. Up to that point, I was concentrating on getting my faith and mind right. Now I know that what I simply needed was Christ himself." I asked both of them what answer they would give Angel Gabriel at the door of heaven if he asked them why they should be allowed into heaven. Their answers had no mention of good works or church going. They simply said, "Christ came and died for our sins" (period). All this amazed me because every week for the last ten months this is what I had been seeking to make them see and they could not.

So, I am excited for them. It has been a long journey. Ten solid months of weekly visits (whenever I was in town!). They had one advantage. They were always sincere. They never tried to pretend that they had given their lives to Christ when they had not. On a few occasions they would say to me, "Pastor, we know you must be feeling discouraged. We must be a real disappointment to you." I would say to them, "Don't worry, as long as you are still interested in me coming to visit you, I will continue to come. The day I notice that you are deliberately avoiding me, I will go to another home." Well, as it turned out, their sincerity finally paid off. I could not miss the joy, especially on the wife's face, even as she kept wiping the tears from her face—tears of joy!

When I got home, I sent both of them text messages saying, "This has really been a great day for me. If the Lord has really saved you, I feel as if I can even go to heaven. It's been worth every visit. Praise God!" The husband's reply was, "Pastor, I am really thankful for showing us the pathway to the kingdom of God. I am getting stronger and stronger spiritually." The wife's reply was, "Praise God, indeed. And thank you for everything."

What more can I say? It was a most wonderful day, indeed!