Kabwata Baptist Church has a one-year internship program through which we seek to mentor men preparing for pastoral ministry. This is because we are convinced that men need to have a three-dimensional view of what pastoral ministry looks like in a well-ordered church before one can expect them to be ready to take on such a big responsibility. Classroom theological training, as important as it is, is not enough. This year, our two interns are Chopo Mwanza and Sydney Kombe. I will allow them to introduce themselves. 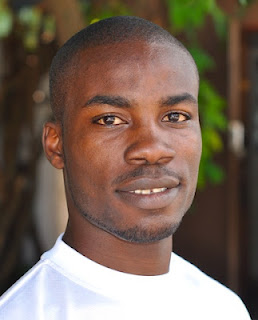 My names are Chopo Chikomekome Mwanza. I grew up a very angry and bitter person, because my father refused to take responsibility over me, having been conceived out of wedlock. That meant I had to move from one house to another since my mother was not in a position to support me. I was angry with God, my father, and the world. I thought I deserved better. In 1998 I heard the gospel at a camp, were I was shown that I deserved nothing but hell. I gave my life to Christ that day. Throughout secondary school I would teach and preach the word but never thought about ministry. My goal was to become a lawyer.

In 2006, a cousin offered me an opportunity to do nursing with a goal of joining her in Scotland. It was during the same time I was seriously sensing the call to ministry through my devotions, sermons, and people giving advice. I tried my best to ignore the call and avoid it but I eventually submitted and surrendered my life to work for the Lord. I have done my theological training at Central Africa Baptist College, and graduated this year (December 2011). I am still seeking the Lord’s leading as to what step I should take ministry-wise. I, however, think the ministry experience and exposure to be gained at Kabwata Baptist Church will be very valuable. 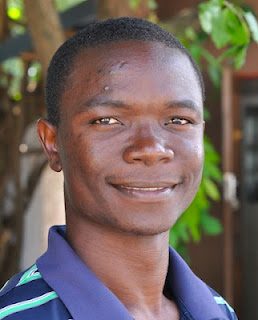 My names are Sydney Bwalya Kombe. I was brought up a religious person. If morality was one of the qualifications for heavenly inheritance; I was one of the qualified candidates. At the age of eighteen, in 1998, I heard the gospel preached after watching a Jesus movie. At the end of the movie, the presenter proclaimed the unadulterated gospel, and also answered my question. He said that unless I repent and believe on His sufficient death on the cross unto salvation, I would suffer from the eternal damnation. I could not remember how the whole thing happened, but I just found myself on my knees pleading for the Lord's mercy and forgiveness.

In 2008, I was called for training to South Africa at a Baptist seminary - Christ Seminary. Coming from a Charismatic background, I had theological struggles. But in due season I found my own theological stance founded on the infallible truth of God’s Word. Then, I had the privilege of doing my internship in South Africa at Antioch Bible Church under Pastor Tim Cantrell whilst undertaking studies at Christ Seminary. Pastor Cantrell, along with my seminary professors, advised me to find a like-minded church, so that my personal and ministry life could be nurtured. Praise be to God for the unceasing love He has shown me in enabling me to serve at Kabwata Baptist Church as a pastoral intern.