From cameramen and callboys, Lord, deliver us!

“Remind the people to…avoid quarreling, to be gentle, and to show perfect courtesy toward all people” (Titus 3:1-2).


They say confession is good for the soul. There are times when I feel like pulling out my hair (or even punching someone in the face) and it takes a lot of grace and a lot of talking to myself not to do so. In this blog post, I want to confess two such situations. 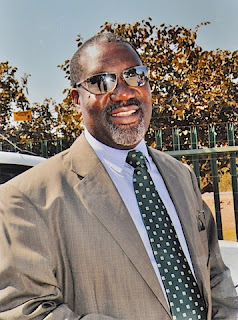 The cameramen
The first is when cameramen pursue me for photos that I am not interested in. I do not mind them taking the photos if they are going to keep them. But that is not what I am talking about. Often, this takes place at special functions—like weddings or conferences.

These cameramen are like sniffer dogs. They know exactly where some public function is going to be and they are there taking photos of you as you come out of your car (as was the case with the photo on the left), as you walk to the building where the function is going to be, as you enter the building, as you sit and talk with friends, as you get your food, as you eat, etc. I find them to be quite a distraction and a disturbance. But that is not what drives me up the wall.

Within an hour, they are usually back with the photos and then they start pestering you to pay an arm and a leg for them. This is where I feel like pulling out my hair, to put it mildly. I did not ask anyone to take a picture of me in the first place, so why should I pay four to five times what I would have paid if I had taken the same photo from my own camera? Again, if only they can take “No” for an answer, I would not mind. But they keep coming back, putting the photos right in front of my nose on the table and seeking to persuade me to pay. They even start suggesting that they can lower the price as if the issue is that I cannot afford to pay what they are asking for. For me, the issue is that I am being cajoled into paying for something I did not ask for in the first place.

The time I concluded I needed to write a blog post about this was when I was entering a conference and I had my camera with me. The cameraman at the door asked me to slow down as I was going in and said he wanted to take a picture of me. I showed him my own camera and told him that if I really wanted a shot I would get someone to take one of me using my camera. Well, as I was showing him my camera, he still took a shot of me. An hour later, he came where I was and started cajoling me to buy the photo where I was pointing to my own camera. Aagh! May the Lord deliver us from these pests!

The callboys
And then there are the callboys. For the sake of my readers who live in the developed West, callboys here in Africa are usually young men in their teens and into their twenties, who are jobless and so make some money by calling passengers to get onto buses at bus stations.  Since I own a car, I rarely travel by bus. But once in a while I have to, and man, these callboys drive me up the wall!

As soon as the car slows down to enter the bus station, they come running and swarm around the car, talking to every passenger, asking where you are going, and pointing to buses that are going in various routes. As the car stops and you get your bag, they start fighting each other to carry your bag for you. In the meantime, if you make the mistake of telling them where you are going, whoever has won possession of your bag immediately takes you to the bus where he has been promised money if he can bring some passengers.

What is wrong with that? Well, in the first place, their interest is never in your safety or comfort. They rarely take you to a good bus that is about to start off. Often, you end up in a bus looking full, but it is actually empty. The other “passengers” are dummies. They are also callboys who begin to slip out one-by-one as other passengers are lured into what is actually an empty bus. This kind of deception really irks me!

On the other hand, if you do not follow them, they continue pestering you to no end. This is where they drive me crazy. The time I decided I needed to write a blog post on this was when I was dropping off a daughter who was going out of town to university. I held on to her bags while she searched around the bus station looking for the best possible bus to use. All the time she was gone, this callboy kept trying to convince me to let him carry the bags to a particular bus. His pleas turned into whining and he began to sound like a pesky mosquito in my ears.

Finally, I looked him straight in the eyes and said with a sharp and firm voice, “Hey, please shut up and get away from here!” It was the kind of voice that makes a dog coil its tail between its legs and run away. His response was, “Eh, mudala [sir], what’s your problem? I’m trying to help you and you are talking to me like that. Are you mad?” My adrenalin hit dangerous levels. He still stood there, but kept looking everywhere else except at me. After a while he left. I said in my heart, “May the Lord deliver us from these pests!”

A call for courtesy
I have no doubt that both the cameramen and the callboys mean well. I also know that they are just trying to make a living. Times are tough in Africa and people have to be very creative in order to put bread on their tables and clothes on their backs. Yet, what I am asking for is basic courtesy. I also sweat for my money. I want anyone who wants some of it to get it out of me properly—with civility. That is all I am asking for. Deceiving me and then pestering me afterwards is wrong, whichever way one looks at it. These cameramen and callboys want to get my money the way in which mosquitoes invade my home at night and get my blood!

Postscript: I think that we Christians can also learn a lesson from this in our evangelistic work. Whereas we should be zealous in sharing the gospel with all those who are around us, we should not become obnoxious in the process of doing so. I know of Christians who simply tirade non-Christians with warnings about hell and call that evangelism. That is loathsome! The Bible says, “Remind the people to…avoid quarreling, to be gentle, and to show perfect courtesy toward all people” (Titus 3:1-2). We should be winsome in the way we share the best news in the universe.