I begin this blog by apologising to all my Nigerian brothers and sisters for its title. At first sight it is rather offensive, but I hope that as you read on you will see why I elected to still use it as a title. As nations or tribes or social groupings we take on a certain characteristic that is not true about each person in the group but which we come to be identified with. Hence, Paul could write, “One of the Cretans, a prophet of their own, said, ‘Cretans are always liars, evil beasts, lazy gluttons.’ This testimony is true. Therefore rebuke them sharply, that they may be sound in the faith” (Titus 1:12-13). In the same way, we tend to (rightly or wrongly) identify Americans with arrogance, Kenyans with marathon running prowess, West Africans with fraudulent activities, Afrikaners with racism, etc.
I have just returned from a consultative meeting in South Africa where the first day was spent surveying the spiritual state of the countries in the southern African sub-region. Central to all this was the state of evangelicalism in all these countries. Nation after nation reported on the arrival of “Nigerian religious junk” that was changing the landscape of what there once was of evangelicalism. One or two of the countries were blessed exceptions. Evidently, this junk originated from mega-churches in the USA and then found ready soil in West Africa, and especially in Nigeria. Having given it an African flavour, it is now being exported across Africa at a phenomenal rate.
I feel very sad to write about this, but by “Nigerian religious junk” I mean the phenomenon of churches that are personal-to-holder. They exalt the personality of their founding father, who is still alive somewhere in Nigeria (or elsewhere) and is treated with the aura of a state president or paramount chief. It does not matter which country you go to, the bill boards of these churches do not have the faces of the local pastors of the congregations in those towns but of the founding father in Nigeria—or wherever he has since relocated. It is all about image and power. This “man of God” claims to hear the voice of God and proceeds to minister to you accordingly. If you do not obey him you are resisting the ministry of God into your life. So, the churches are often called “ministries” rather than churches. And to make them even more impressive, the term “international” is often added to their name.
The Africanisation of this religious junk is primarily in the way it has been made to appeal to African spirituality. The pastor is the modern witchdoctor calling all and sundry to come to him for “deliverance”. Just as the witchdoctor appealed to us by inviting us to see him for spiritual protection or when we were struggling with bad luck, childlessness, joblessness, illness, failure to attract a suitor for marriage or to rise in a job or get a contract, etc., these pastors do precisely the same thing. So-called prophetic utterances are made which explain why all this is happening, holy water or oil is prayed over and dispensed, and some money is extracted from the persons seeking help. Thus their churches attract thousands of people who are there for purely selfish reasons. The motivating factor is not reconciliation with God through Christ but rather “deliverance” from perceived evil and to be blessed through the supernatural powers that “the man of God” possesses. Let’s face it: this is our African traditional religions coming into the church through the back door.
The self-centredness of all this is seen in the worship. Churches are being turned into entertainment centres instead of edification centres. People come to church to be entertained, healed and blessed. The fact that professionals, who engage their brains when working with their hands five to six days a week, stop thinking and just dance and laugh in worship is extremely sad, in the light of the demand of God that we are to love him with all our hearts, minds, souls and strength. It has been the failure of Christians to think through the implications of their Christian faith on the whole of life that has left Africa filled with Christian churches and lack of development at the same time. Surely, if these professionals were thinking they would have added up one-plus-one by now and seen why their pastors have become stinking rich. It is not their faith but the money of their congregants, whom they cheat with promises, that makes them buy expensive cars and clothes and put up mansions. If one thousand individuals are “sowing the seed” every week to be blessed by the man of God, of course the man of God will get very rich while they will get poorer. That is simple common sense. 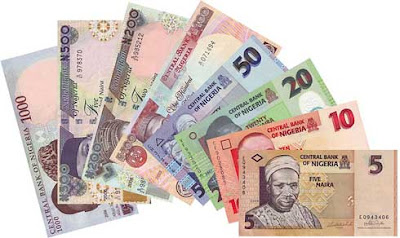 The result of this phenomenon of personal-to-holder churches has been the selective nature of church discipline. You do not discipline a Sangoma (i.e. witchdoctor)—or a chief! It is a known fact, even among the church members, that a number of these pastors have serious moral problems. However, “you do not touch the Lord’s anointed” and so they are not disciplined, even when they have impregnated girls in the church. One such anointed one in Zambia changed wives three times through divorce in less than six months and still remains the apostle of his church. To be fair, this man is a Zambian, but he has imbibed this personal-to-holder phenomenon from Nigeria. There must be accountability from everyone in the church—including the church pastor.
Yet another characteristic of this phenomenon which is particularly African is the craze for titles. We Africans love titles! Once upon a time, evangelical pastors were content to simply be called pastors. Terms like “bishop” were left to those who had an Episcopalian system of church government, which was a formal structure that rose to national and global level. Alas, that has now changed! With the advent of this Nigerian religious junk, it is titles galore! You now have bishops, arch-bishops, prophets, apostles, chief apostles, etc. Some are not even content with that and so have combinations like, “chief apostle prophet doctor so-and-so.” This is certainly very different from the teaching and personal lifestyle of the Lord Jesus Christ whom they claim to serve.
Many of these churches have since been discovered to be nothing more than fund-raising outfits, with sole proprietorship maintained by the pastor and his wife. The pattern seems to be: start a church and then milk the congregation. The pastors basically prey on the vulnerable and gullible. They are crooks and conmen. In a number of the southern African countries represented at the consultation, governments have sent these pastors packing upon finding undeniable proof that large stashes of money were being milked out of their citizens and being shipped to West Africa. This has made these governments very suspicious of anyone coming from any other African country as a missionary into their country. They now think that all African missionaries are just mercenaries.
Yet, the saddest part of all this has been the loss of the gospel. Once upon a time, you could go to any church that purported to be evangelical and once you survived what was called worship, you would hear a sermon that finally pointed you to Christ and him crucified for pardon from sin. That is now largely an exception, and is as rare as my great grandfather’s teeth. What you hear now are calls for “deliverance”, and you experience this by coming forward to be prayed for. Inevitably, once you lose the gospel, you lose true spirituality and morality. Christianity becomes a thin veneer of respectability but inside there is total corruption and decay. The church becomes a wardrobe full of skeletons. Or, to borrow a more biblical expression, the church is filled with white-washed tombs.
This explains why, although Nigeria is packed with such mega-churches (and is now exporting them across the continent), it is still the most corrupt nation on the continent. If church leaders are milking the people like this, what hope is there to correct things among the politicians and the civil servants? It is impossible! You cannot grow true spirituality where the cross of Christ and the Christ of the cross is absent. We must insist that the Spirit of God is the Holy Spirit. Where holiness is conspicuous by its absence, we should never attribute what is happening there to God’s Spirit because he is a spirit of holiness. Crowds and people falling backwards upon being touched prove nothing if holiness of life is missing. Jesus said, “You will recognise them by their fruits.”
In this blog I have avoided naming names. This is because the consultation I have just come from did not name names. However, all I can say is, “If the hat fits you, put it on!” Anyone who has eyes to see and ears to hear knows what I am talking about. Let me end by once again apologising to any genuine and sincere Nigerian pastors who distance themselves from all this junk. Just as I know a number of sweet American folks who are very humble, Kenyans who cannot run halfway around a football ground, and Afrikaners who are colour blind, I am sure there must be many West African pastors—and Nigerians for that matter—who will have nothing to do with this spiritual corruption. I only wish they were more vocal in condemning this religious junk being exported from their country!
Posted by Conrad Mbewe at 8:37 PM

Email ThisBlogThis!Share to TwitterShare to FacebookShare to Pinterest
Labels: Cults and Heresies, Other countries