July 06, 2010
“And [Joshua] said to the people of Israel, ‘When your children ask their fathers in times to come, “What do these stones mean?” then you shall let your children know, “Israel passed over this Jordan on dry ground…” so that all the peoples of the earth may know that the hand of the Lord is mighty, that you may fear the Lord your God forever’” (Joshua 4:21-24).

On 2nd July 2010, Lusaka Baptist Church clocked 50 years and they decided to have God-glorifying celebrations to mark this occasion under the theme “Celebrating 50 Years of the Triumph of the Gospel”. All the five preachers were asked to preach from the church’s motto, “We are not ashamed of the gospel...because it is the power of God for the salvation of everyone who believes” (Romans 1:16). In the preparatory stage of this event, Lusaka Baptist Church opened a special website dedicated to the commemoration of their first fifty years. You may visit the site by clicking here. Lusaka Baptist Church is the second oldest English speaking Baptist church in Zambia, second only to Ndola Baptist Church which was constituted in 1953.

The Jubilee Celebrations were a time to hear good preaching and to recall some events that occurred in the first fifty years of the church’s life. We heard various individuals who were involved in the life of Lusaka Baptist Church being interviewed and sharing their testimonies (as was the case above when the only three Zambian pastors who have ever pastored Lusaka Baptist Church were being interviewed by Isaac Makashinyi). Our congregational singing was interspersed with special songs by various groups (such as "The Synod", below). An effort to compile the history of Lusaka Baptist Church was made and all of us went away with this compilation in the form of a booklet. The chapters were based on the nine pastors that the church has had in its fifty years. Of course, we also went away with mementos in the form of pens, t-shirts, etc.

I missed the first day, i.e. Sunday 4th July. Being a Sunday, I was up to my ears in work at Kabwata Baptist Church. My son, Mwindula, was there and came back with glowing reports about how the event went. Joe Simfukwe, Lusaka Baptist Church's first Zambian pastor, preached on the person of Christ presented in the gospel. Later, John Symons preached on the content of the gospel.

I was present on the second day (Monday) and part of the third day (Tuesday). I found their new and spacious building almost finished (see first photo above, and the one below), and that was where their meetings were being held. After about two years in “the tent of meeting” this was indeed a welcome change! 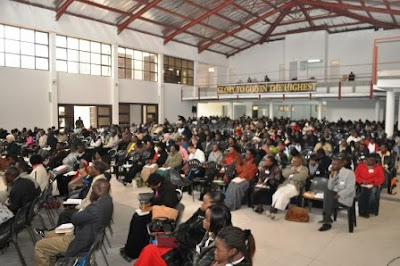 On Monday, Alfred Nyirenda preached on the gospel as the power of God for salvation. He was as animated as ever. There were three seminars held. The speakers were Choolwe Mwetwa (“What will it take to possess the land in the next 50 years?”), Isaac Makashinyi (“Our Baptist heritage”), and myself (“The Triumph of the Gospel through PowerPoint”). 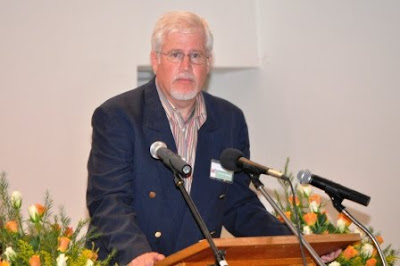 Perhaps one of the highlights for me was meeting so many people from the years I was at Lusaka Baptist Church (i.e. from 1979 to 1984). There were those who were talking about the good old days at Lusaka Baptist Church in the 1960s and 1970s. I was better able to identify with those who spoke about the 1980s. We also had individuals such as Christo Beetge (above) bringing greetings from sister churches outside Zambia, and especially from South Africa. 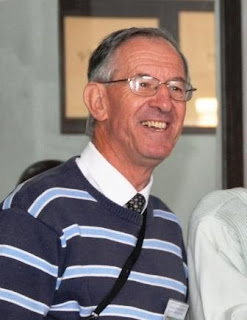 I was glad to meet Joe and Alice Simfukwe, and John Symons (on the left). I have spoken about my incalculable debt to Joe’s ministry in the formative years of my life in my previous blog posting (you can read it by clicking here). As for John Symons, I will always remember him for his advice when I went to his home in Kitwe to borrow a Greek textbook. This was when I was working in the Mines and studying on my own for the ministry. He said, “Conrad, do not hurry to get into the ministry. Rather, study the mistakes that those of us who are already in the ministry are making, and make sure you do not repeat them!” Maybe it is this advice that has helped me to last this long in the ministry!

Barbara Harris (below), the wife of the first pastor, Derek Harris, was also present and shared something of her testimony of the period when they were involved in the planting of the church. Derek pastored Lusaka Baptist Church before it was constituted as an independent local church. His pastorate ran from January 1959 until May 1961. 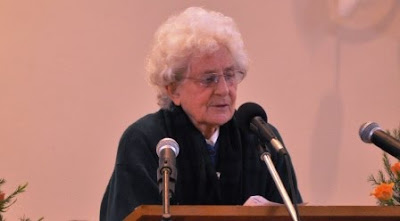 The one disappointment was the state of the church booths. These were rooms allocated to each of the church plants of Lusaka Baptist Church over its 50 years of existence. Very little quality work went into the preparation of these booths. Judging from the amount of work put into the preparation and organising of the Jubilee Celebrations, this was certainly a big disfavour done by the “daughter” churches. Kabwata Baptist Church was equally guilty, and on behalf of the daughter churches of Lusaka Baptist Church, I offered heartfelt apologies just before I preached.

Ronald Kalifungwa (below), the current pastor of Lusaka Baptist Church, closed the whole event by preaching on the need for us to glory in the gospel. He showed how Paul ought to have been ashamed of the gospel because at a social level there was very little about Jesus worth boasting about—born in Nazareth, a carpenter’s son, died by crucifixion (a type of death considered to be a curse), etc. What did Paul, therefore, mean when he said that he was not ashamed of such a message? It means Paul was so proud of this message that he was willing to live and die for it. In applying this to those of us who were in attendance, Ronald pleaded with us that if we were to be truly proud of the gospel we needed to seek to know Christ doctrinally and experientially. He exhorted us to be ready, above all else, to preach this Christ and his saving work and power every time and everywhere. Finally, he implored us to worship Christ in this life, as we shall do for all eternity. It was on that note that the event ended. 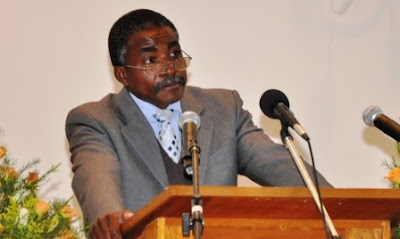 After thanking all those who participated in organizing and speaking at the celebrations, Ronald urged Lusaka Baptist Church, and all who were present in the meeting, to ensure that as a way forward we should have a biblical worldview that will make us want to make a difference to Zambia and the world. The gospel that has so affected our lives should now go forward and change the landscape of our nation in every sphere!

I think that our churches need to take a leaf from Lusaka Baptist Church in their effort to recall their history. Unless our church members know where we have come from, they cannot know where we are going. The past gives a sense of direction for the future. Sadly, most Zambian Christians know a whole lot about John Calvin, George Whitefield, Charles Spurgeon, etc., but possess abysmal ignorance of our own Zambian church leaders through whom the Zambian church has been nurtured into what it is today. The fault lies at the door of those of us who are church leaders today because we are not recounting the great deeds of God in our past. It is almost as if the Baptist faith jumped from Spurgeon to us today with no-one else in between. We need to repent of this and show the chain of great men and women who have sacrificed so much for us here in Zambia so that we can have the robust Christianity we are enjoying today.

It is only when our churches take seriously the need to record and review our history that we will cause those who listen to truly worship the God of history. As Joshua said, so “all the peoples of the earth may know that the hand of the Lord is mighty, that you may fear the Lord your God forever.” 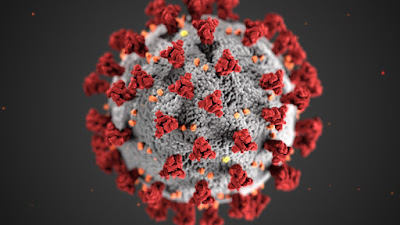 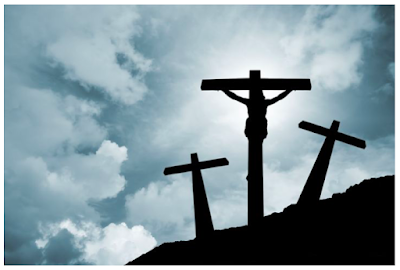