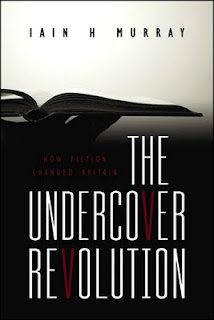 This book, written by one of my favourite authors, Iain H Murray, is subtitled “How Fiction Changed Britain”. It is an analysis showing us how the writing of fiction anaesthetized Britain while its morality was being pulled out of its social fibre. Reading it, you get alarmed to realize that the printed page in the hands of wrong people can have such long-term effects. Admittedly, what Mr Murray has done is simply to take one strand among many that changed Britain morally and tried to show its role in the “downgrade”. Any thinking person will know that there were many other forces at play.

This book is a fast read (about a hundred pages) and well-worth the effort. Half the book comprises two biographies—those of Robert Louis Stevenson and Thomas Hardy—and then the rest describes their colleagues—Bertrand Russell, George Moore, H G Wells, George Bernard Shaw, etc. All of them lived in the late Victorian and early Edwardian England. The book goes on to argue a case for the way in which these men basically destroyed the moral fibre of Britain through their writing of fiction. It ends by showing that Christianity is not fiction but rooted in history. By closing the book in that way, Mr Murray points us to the gospel as the only hope for the world. Admittedly there seems to be a leap between this powerful closing section and what precedes it that may need to be filled in when a future edition of this book is published.

It was interesting but sad to note that each of the men referred to in this book grew up in very devout Christian homes, and yet they all turned away from the faith of their fathers as they entered into early adulthood. Some of them grew up in a very protected environment, but life at university soon swept them away from their religious moorings. In turning away from the Christian Faith, they used the power of the pen to turn away thousands—if not millions—from the faith.

Another interesting but sad feature about them all was their failure to uphold individual morality. Each of them failed to have a proper marriage and family life. They flirted around and went in and out of marriages. In the meantime, they were the heroes of the reading public of their day. The physicians, who wanted to cure the world, could not cure themselves. Sadly, we find precisely the same phenomenon today. Men and women who sway public opinion because they are talk-show hosts, and even give advice through their syndicated programs, yet their lives are moral disasters. Politicians who insist on being our heroes are often failures at home.

Mr Murray states in his preface that what he has written on “the influence of fiction on society—is worthy of much more expansion that I have given to it here. I hope I have said enough to alert others to the importance of what is too commonly overlooked.” In other words, this book was not intended to be exhaustive in any way. What it does is to simply raise an alarm. It gives us food for thought. I think that those of us who are Christians need to seriously think about its thesis. Should we look the other way while the popular mind is being molded by the pens of men and women who lack virtue in their personal lives? That is the question that Iain Murray’s book leaves ringing in my mind.