I spent the first few days of December at the Central Africa Baptist College (CABC) in Kitwe attending and preaching at their Annual Leadership Conference. It was their 6th conference and everything I saw spoke of growth and consistency. The theme for the conference was “That generations to come may know...” The burden being the need to ensure that sound biblical Christianity is faithfully passed on to generations yet to come, both in the home and in the church. I returned to Lusaka very grateful to God that there was a conference up on the Copperbelt outside our circle of Reformed Baptists that stood for the same things we stood for—expository preaching with a doctrinal emphasis. 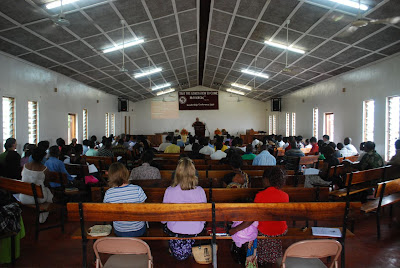 Some Historical Background
I first met Phil Hunt, the president of CABC, in January 2004. We had briefly interacted by email prior to our meeting when I got an email from him asking me to help with some situation he was wrestling with in the church he was planting—Faith Baptist Church in Riverside, Kitwe. I assumed that with the advice given, I would never hear from him again. I was mistak 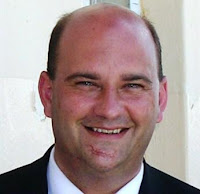 en. He invited me to preach at their youth camp that January in 2004. What I found, both at their camp and the church, truly warmed my heart. Here was an American church-planting missionary in Zambia with whom I had so much in common. I found a church that was bursting at the seams with evangelistic fervour and missionary zeal. Phil was using every conceivable opening to share the gospel, especially with young people.

As I interviewed one young person after another at the camp, I found that many of them had been converted through a play park that the church had developed in the neighbourhood. My curiosity got the better of me, and so I spent some time finding out from Saidi Chishimba, the church’s youth pastor, about this project. The church organized games for youths in the neighbourhood on their play park and used that opportunity to evangelise them. The fruit was the many young people that had come to Christ through this project. When I returned to Lusaka, I drove straight to the disused play parks in our neighbourhood and found them filled with garbage. To cut the long story short, we have since adopted one of them, put up football, netball and volleyball courts, and are reaching youths in our neighbourhood through it. We are presently putting up a basketball court as well. 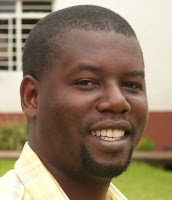 A few years ago, Phil handed over the pastorate to Saidi Chishimba, and now concentrates on the development of the Central Africa Baptist College. He won my admiration as I witnessed the whole process of handover. Of course, the usual teething problems were there as the congregation moved its allegiance from Phil to Saidi. To help with this, Phil took a year’s furlough before returning to concentrate on the CABC business. Phil remains an ordinary member of Faith Baptist Church, while the church maintains a working partnership with the college. I know that many readers who are aware of happenings around the ecclesiastical world when a former pastor stays in the church he pastored after handing over to his successor will say that this is a recipe for trouble. However, so far this is working well at Faith Baptist Church, thanks to Phil and his maturity.

Back to the Conference
Now with that historical background in place, we can return to the CABC Leadership Conference. The first session and the last session each day was a plenary session, where all who were attending the conference came together for a time of worship and ministry from the word of God. The main conference preachers took turns to handle these sessions, after the first one—the keynote address—was given by Phil Hunt himself on the opening night. He preached from Psalm 78, where the theme of the conference was derived from. 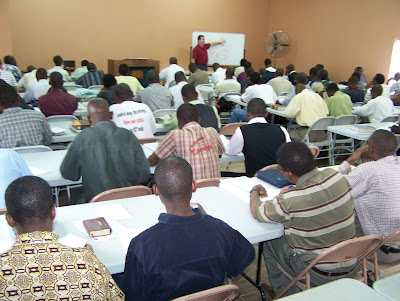 Dr Sam Horn was the main preacher handling the pastors’ track. This year he took us through the book of Psalms. There were no less than 120 pastors and church leaders present for these lectures. Since he is the one who has been taking these sessions for the last so many years, there is no doubt that the exponential growth in attendance is because the pastors and church leaders have appreciated his outstanding ministry. I also attribute this to Phil’s servant heart and catholic spirit. Although he does not hide his own doctrinal convictions, Phil wants to serve the wider body of Christ and he knows where to draw the line between essentials and non-essentials. Hence his ministry has attracted many mature Zambian pastors and church leaders who long for sound teaching in a context of mutual respect and appreciation.

Those who are neither pastors nor church leaders also had their spiritual buffet. It comprised electives in four different groups around the theme of the conference. One of the electives was on Islam, and was ably presented by Michael Hajj. Towards the end of the conference, this was also presented to the pastors and church leaders. The growth of Islam in Africa is a cause of concern for any true Christian. It is a false religion and its adherents must be evangelised like those of any other religion in the world. Knowing Islam’s ethos and strategy was therefore very helpful. 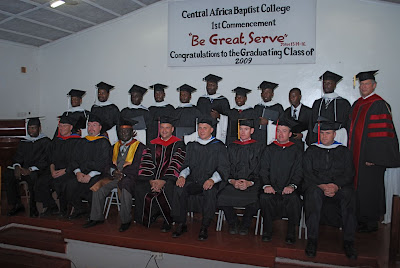 Other electives included counselling youths, Bible study methods for Sunday School teachers, teaching children in an African context, reaching Jehovah Witnesses, understanding teens and young adults, discipling children in the home, etc, etc. I spoke at two of these electives and a number of other local pastors and missionaries took the other sessions. The conference ended with a graduation ceremony—the first ever for the college. I missed this event because I had to rush back to Lusaka the day before to officiate at a wedding. The feedback that I got was that it was a colourful and memorable event.