A Memorable Week at Keswick

“In the beginning, God created the heavens and the earth…. And God saw everything that he had made, and behold, it was very good” (Genesis 1:1 and 31).

Felistas and I spent the week of Saturday 11th to Friday 17th July 2009 at the Keswick Convention in Britain. It was our first time there, though the name of the convention had popped up from time to time in our reading of Christian periodicals. A few British friends, who had heard that we would be there, gave us some idea what to expect. That was very helpful. 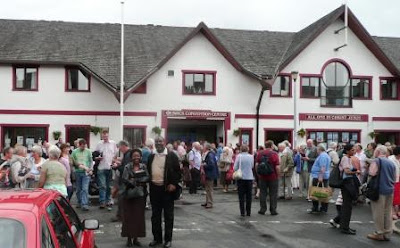 To begin with, Keswick is the name of a town in the Lake District in the north-western part of England. It is one of Britain’s favourite tourist destinations. The town’s official website talks about it as a stunningly located town, nestled on the shores of a lake, with a wide array of shops, restaurants and galleries—including the James Bond Museum. With five major lakes and picturesque valleys in easy reach, it is a wonderful place for many outdoor activities for walkers and climbers. The range of accommodation also suites all levels of budgets—from hotels, guest houses, and bed and breakfast lodges, to self-catering cottages, caravans and campsites. During summer, therefore, the population in Keswick more than doubles! A few old friends took us around the town, and the lakes and hills, and so we can understand why Keswick is such a tourist attraction. It is beautiful! 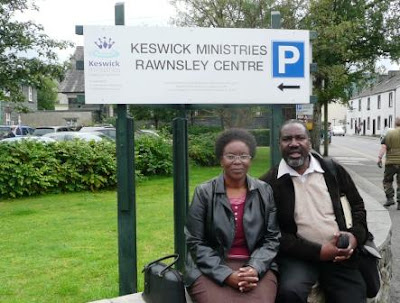 It is during the summer period that the Keswick convention takes place, with Bible teaching as its heartbeat. Well respected speakers from different evangelical backgrounds handle the various teaching sessions during the day. From the little that we have gathered, the convention started in the 19th century and has been taking place every year for over 130 years. It is no doubt one of Britain’s biggest Christian conferences, having grown to about 12,000 people attending at two different venues within the city over a period of three weeks. For some people, Bible teaching is so rare in their part of Britain that they attend the whole three weeks of the conference (The picture below shows a small car in which one elderly man lives for three weeks during the conference. He can be seen inside waving at me as I took the shot!). Being an inter-denominational conference catering for Christians from different evangelical backgrounds brings with it some obvious challenges, especially with styles of worship. The conference organisers seem to have settled for the “contemporary” worship approach. 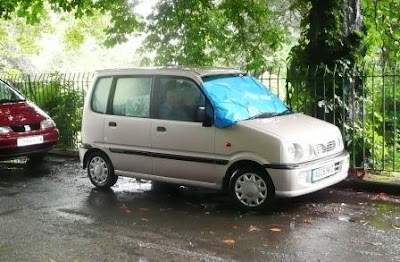 One feature worth noting about the Keswick Convention is that there is no pre-booking or registration fee. The conference is free for all who attend—only a collection is taken each day to help cover the costs of hosting the event. Another special offering is taken on one of the days for the purpose of paying for missionaries around the world to come to the convention for a time of refreshing. From what we gathered, for many years, the Thursday evening sermon has always been a call to missionary service and, as a result, many individuals serving the Lord around the world in the work of missions reached that decision at the Keswick Convention.

The main speaker for the first week—the week in which I participated—was Dale Ralph Davis. If you do not own any of his Old Testament commentaries you do not know what you are missing. He preached excellent sermons on a number of passages in 1 Kings. I participated in the afternoon sessions on “Life in the Spirit”, which was a series on Ephesians 5 and 6. I also participated in the evening meetings on “Radical Discipleship”, which was a series in the Gospel of Matthew. Other speakers in these sessions included Peter Maiden (seen preaching above)—the outgoing board chairman of Keswick Ministries, the organisers of the convention. He is the one who also preached the sermon on Thursday evening, which was a call to missionary service. 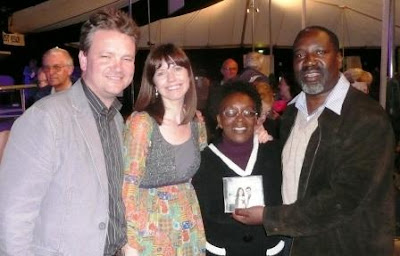 The music was provided by Keith and Kristyn Getty (with us on the photo), who have written a number of contemporary worship songs. Keith co-authored one of my favourite hymns today, entitled “In Christ Alone”. If you have not sung it yet, you need to find its lyrics and read them. It is a classic! Put to music, it is beyond description. It is destined to become one of Christendom’s favourite hymns for many years to come. So, it was good for us to meet the couple and spend some time with them during meal times and hear about their background and their future plans. 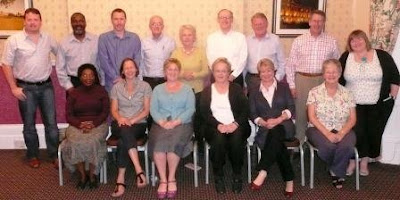 Evangelical Christianity never ceases to amaze me because of its authentic spirituality. You cannot miss it when you come across it. It was unmistakably present at the convention. From the time Felistas and I arrived, it was clear we were among brethren. The humility of the organisers from the moment we alighted from the bus, as they sought to take care of all the details of our lives, was worth writing home about. Their eagerness to serve us each time we entered the convention offices, despite the thousands of people they needed to cater for and the tens of thousands of details they needed to look into, left us amazed. Among the speakers and their wives, too (see picture above), was a real spirit of evangelical unity. We were all hosted in the Keswick Country House Hotel. Each day began with united prayer just before breakfast, and it ended in fellowship around some refreshments. By the end of the week, we had truly bonded. Where else, except among true Christians, do you find this? 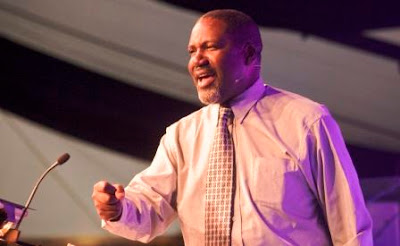 I came away from the Keswick Convention wondering whether Zambian evangelicals who are concerned to recover expository preaching in our churches should not be thinking about a conference like this in our tourist capital, Livingstone. The town is swarming with tourists from all the country and, indeed, all over the world because of the mighty Victoria Falls—one of the Seven Wonders of the World. The full range of accommodation is there from expensive five star hotels to backpackers campsites. Imagine the impact such a conference would have on the spiritual tenor of our churches right across Zambia.

And, by the way, those of you who read about my last USA visit will remember how everything that could go wrong went wrong. I am sure you must be sitting at the edge of your seats wondering how things went this time. Everything went very, very well. We had the most excellent hospitality from friends and family, and from the organizers of the Keswick Convention. Our luggage arrived intact at all our destinations. In fact, we had a bonus. As we were waiting to board the return flight at Heathrow airport in London, an airline official walked through the crowd of passengers and came over to me, asking if I was Mr Mbewe. When I acknowledged that I was, she said that our seats were being changed and, with a twinkle in her eyes, she whispered, “…and the new seats will be much better.” Well, believe it or not, we were upgraded to business class! So, for the next eleven hours, we travelled in the best of comfort, on seats that turned into beds at the touch of a button. Wow, if that was a result of your prayers because of reading my last blog, then please keep on praying…there are a few more trips coming up!
Posted by Conrad Mbewe at 2:37 PM