Then I heard a voice from heaven saying to me, “Write: ‘Blessed are the dead who die in the Lord from now on.’” “Yes,” says the Spirit, “that they may rest from their labors, and their works follow them” (Revelation 14:13). 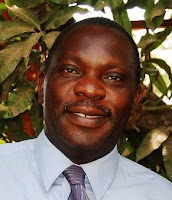 endafilumba (see photo) passed into glory at about 14.30 hours on Saturday, 21st March, 2009. Although I was not completely surprised at the news of his passing away because of his protracted illness, it still came as a shock to me. The night before, I was restless and pleaded with God to spare my friend’s life, and each time I got a text message during the day on Saturday, I feared that it might be a bearer of bad news. Well, my fears were finally realized when one of our church elders (Charles Bota) came to me in the car park at church that same afternoon with the words, “Have you heard? Dapson has just passed away…” What a blow!

Dapson was the chairman of the deacons at Lusaka Baptist Church at the time of his going to glory. However, to my mind, he always remained the church secretary par excellence. This is due to the fact that this was his role at Kabwata Baptist Church some twenty-two years ago when I first came here as a new pastor and still green between the ears. When Kabwata Baptist Church was constituted on 25th January 1986, Dapson was already on the leadership team. 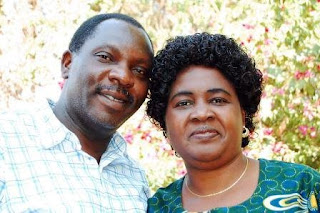 church services in the Kabwata Community Hall. He spiced them with just enough humour to keep us all interested in the whole range of announcements to the very end. Hardly ever missing in those announcements was “Number 4, Mucheka Street”. It was the home of Dapson and Martha Mwendafilumba (see photo) in the early days of Kabwata Baptist Church and it was often the venue for deacon’s meetings, couples’ fellowship meetings, prayer meetings, etc. Even now, almost twenty years later, when my wife and I are driving past the house, which is just one block from our home, we look at each other and say with a sense of nostalgia, “Number 4, Mucheka Street!”

Behind the scenes, however, Dapson was a very hard working church secretary. His strength lay in always anticipating challenges and so would have everything ready when you needed them—agendas, minutes, bills, letters, notices, etc. In the early days of any church, such assets are rare and must be highly appreciated. And so, as a young church pastor in a new church, I really appreciated this man. Talking about anticipating challenges, Dapson even noticed when my wife was expecting our first child (Mwindula) that one of our biggest hurdles was going to be the acquisition of a baby cot, and so he provided the finances from his own family coffers to enable us buy one! How can we ever forget that? Hence, I was not too surprised when in 1990 his employers, the Hostels Board of Zambia, promoted him to go to Ndola to run the Henry Makulu Guest House. They obviously saw and appreciated this gift in Dapson. That is how we lost his services at Kabwata Baptist Church. 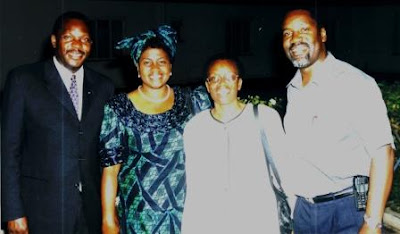 Dapson also endured the worst from me as a young pastor. I came to Kabwata Baptist Church with the zeal of a young reformer. Whatever I saw that did not conform to the New Testament model of a local church, I wanted to see changed “yesterday”. As church secretary, Dapson must have found this quite confusing because what was alright yesterday had to suddenly change just because the pastor says so. From time to time, he came into my study and took me on about my riding rough-shod over the sensitivities of church members. Thankfully, he left for Ndola before these reforms almost cost me my pastorate. In an interview in the USA World magazine, he recollected those difficult days at Kabwata Baptist Church and again insisted that my reforms were too fast. Looking back now, with the hindsight of some twenty years, I think he was right. 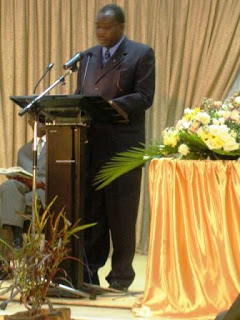 is last visit to Kabwata Baptist Church was during our 20th anniversary commemorative activities as a church (see photo). I recall vividly how he spoke passionately about those early years when the few people who were committed to “the work at Kabwata” gave their all to see this work grow. He spoke about their zeal for evangelism and their love for one another in those days. He pleaded with those who were now in the membership of Kabwata Baptist Church to emulate its pioneers, especially in loving one another in the body of Christ. It was good to see “the church secretary par excellence” once again in the pulpit!

Apart from his service in the church, Dapson’s commitment was to the hospitality 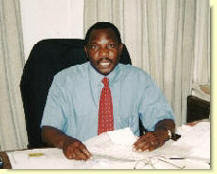 industry. His services were highly sought after by many individuals and companies who were either establishing or already running lodges and hotels in the country. However, Dapson was committed to the Zambian government’s hostels and lodges. He worked for the Hostels Board of Zambia and rose through its ranks over a period of more than twenty years until at the time of his death he held its highest position as Executive Secretary. In 1999, when Zambia hosted one of the biggest conferences ever hosted in this country, the ICASA Conference, the Zambian government called upon Dapson to chair the conference’s accommodation committee. They are not the only ones. The Reformed Baptist churches in Zambia also ensured that he was on the organizing committee of our annual Reformed Family Conference and School of Theology, which last year alone drew participants from no less than twelve countries. I know that his input in this committee will really be missed.

To Dapson, his vocation was more than just a job. He wanted to see standards improved in the hospitality industry in Zambia. Hence, he worked hard to ensure that the Zambian government enacted legislation that would compel hotel and lodge owners to meet certain minimum standards or lose their practicing licences. On the international hospitality scene, Dapson’s gifts and passion were also noticed. Hence, he soon became the Hotel and Catering International Management Association (HCIMA) Zambia chapter chairperson. He brought the weight of this association behind his drive to improve the hospitality industry in the country. He was quoted in the Times of Zambia recently saying, “Our association wants to see professional standards in the hospitality industry. Wrong things are happening in these institutions where, for instance, unqualified chefs are employed who are doing wrong things. We have people being served with leftover food.” 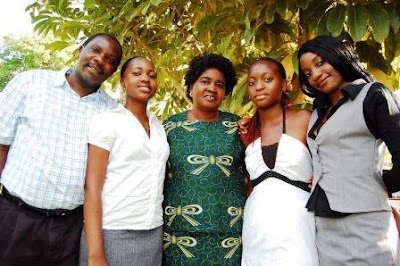 Dapson leaves behind a wife, Martha, and three daughters—Mubeji, Tukiya and Mulaye. Please pray for them as they adjust to life without a loving husband and father. There is no doubt that the members of Lusaka Baptist Church will come alongside them in this trying time. For us as a family, Dapson’s passing away brings to an end an annual ritual that we really appreciated. Every year around Christmas, Dapson came with his wife Martha to our home with a carton full of packets of fruit juice—“with compliments from the Mwendafilumbas”! On his last visit a few weeks before he was hospitalised, he came alone, and, as he put the big and heavy carton down, he said that Martha was out of the country but they were not willing to delay the bringing of the “small” parcel until her return—so here it was. That was Dapson’s sense of humour!