“You are the salt of the earth, but if salt has lost its taste, how shall its saltiness be restored? It is no longer good for anything except to be thrown out and trampled under people's feet. You are the light of the world. A city set on a hill cannot be hidden. Nor do people light a lamp and put it under a basket, but on a stand, and it gives light to all in the house. In the same way, let your light shine before others, so that they may see your good works and give glory to your Father who is in heaven” (Matthew 5:13-16).

As we enter into 2009, I have been doing a lot of thinking. When the Reformed Baptist movement began in Zambia in the late 1980s, the scare crow used against it was that the churches would shrink because that was the effect of the movement in other parts of the world. “Your churches will die!” our members were constantly warned. Those of us who were pioneering this movement put on our thinking caps and found that this was going to happen if we did not put the evangelistic machinery in our churches at white-hot heat. This we did, and the effect is that a number of our churches are experiencing sitting space problems. Kabwata Baptist Church has recently had to bring down a few walls to accommodate its ever-growing Sunday attendance. Apart from that, our conferences and camps are now full to overflowing. For instance, our recent KBC youth camp had well over four hundred youths, mostly teenagers, in attendance (see picture below). And the advertised theme was not “How to be successful in life” but “The Final Judgment”! We as Reformed Baptists are also the only Baptists in Zambia running regular television and radio programs. Talk about the internet, and again we are the only Baptists in Zambia with church websites that are active. And we are multiplying. Lusaka alone now has no less than ten Reformed Baptist churches. Whatever you may want to call this, it is not “shrinkage”—and certainly not “death”!

However, instead of basking in the warmth of these achievements, I think we need to address the challenges that still lie ahead of us as a Reformed Baptist movement in Zambia. One of them is that of permeating society as salt and light. I have no doubt that Reformed theology, with its emphasis on expository and applicatory preaching, has produced Christians of very high moral fibre in our society. The grace of God in the truths of Scripture have taught us how to live self-controlled, upright and godly lives in this same present wicked world (Titus 2). Thus our homes are definitely not a representative sample of the homes in our society. The Scriptures have educated us about marriage and family life, and we are seeking to implement its norms. Also, in our work places, once the initial persecution has been weathered, our members are experiencing unprecedented promotions into higher offices. This can only be because employers are appreciating their dependability, integrity and hard work. That is how it should be!

wever, is the almost total absence of Reformed Baptists when it comes to those areas where volunteerism in society is needed. Think of areas such as local government—and even state government. How many of us are thinking of getting so involved in our communities that we can stand for elections at local government level and the people in our community will know us by our deeds? Our children go to various schools in our neighbourhoods, but how many of us serve on the various boards of our children’s schools on a volunteer basis so as to improve those institutions? Our nation is fighting for its life because of HIV and AIDS. I have no doubt that within the four walls of our churches, our message is loud and clear—“Abstinence outside marriage and faithfulness in marriage”. But again I ask, how many of our members are actually involved in HIV/AIDS mitigation programs in our immediate communities?

Then all you need is to go into the townships and rural areas and you will find abject poverty staring you in the face, with widows and orphans not knowing where their next meals will come from. What are we practically doing about all this? A lot of donor funding is being poured into the country, but a lot of that money is going into the pockets of the rich who are now building mansions through attending sponsored training workshops, training of trainers workshops, training of trainers of trainers workshops, etc. Only biblically taught Christians can break this vicious cycle and ensure that the much-needed help reaches the people it is intended to reach. They will also ensure that the vulnerable are being helped in such a way that they can start to help themselves, and not reduce them to life-long beggars waiting for the next hand-outs. But, I search in vain to find Reformed Christians giving of their time for this kind of work. Many who are doing this are in it because it is the source of their bread and butter. The NGO world pays well! 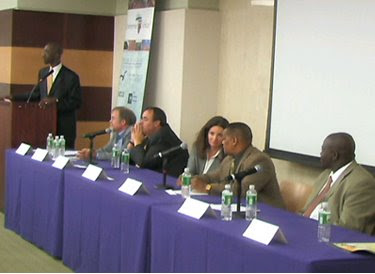 Are we not guilty of lighting a lamp and hiding it under a basket? Why is corruption so endemic in all spheres of our society and how do we hope to defeat it? I do not doubt that it should be primarily through evangelism. Without changed hearts, we cannot expect changed communities. However, to stop there is to suggest that only when everyone is converted by the power of the gospel will we find our communities changed. That will never happen. Biblical prophecy does not even remotely suggest 100% conversion in any society. However, what ought to happen is that those who are converted should not shy away from entering into the shop-floor of their community life. They should be there where the ideas and actions of the world matter the most—in the arts, in the media, in the corridors of power, in civil society, etc. As they express their well-informed and God-centred convictions, the world soon begins to listen to them and a new day dawns for the entire community and nation. Even an atheist who recently visited Africa acknowledged this (http://www.timesonline.co.uk/tol/comment/columnists/matthew_parris/article5400568.ece).

Where would we be if Christian men like William Wilberforce did not ply their trade in the corridors of power? The cursed slave trade would still be alive and well on planet earth! Where would we be if Christian women like Florence Nightingale (see picture below) did not give themselves to the plight of the sick and suffering in their society and beyond—much to the dismay of their affluent families? The whole practice of medicine, especially nursing care, changed for the better because Florence lived. Where would we be if Christian men like Robert Raikes and George Williams had not taken it upon themselves to improve the livelihood of children and youths in their communities who were remaining uneducated and thus giving themselves to the vices of crime, drunkenness and prostitution? It was because of these men that movements like the Sunday School movement and organizations like the YMCA were born and have done much good for our entire world. 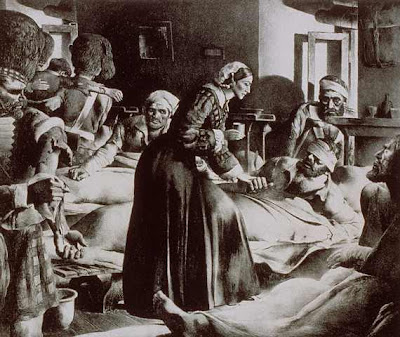 These men and women were not just interested in being responsible Christians within the four walls of their homes and in their working places. They saw the needs of society around them and decided they were not going to close their eyes to these needs but instead were going to give themselves to do something about them. It was not easy for them. Society was not willing to help them. However, they gave of their time, money and energies to turn their world around. Today, we read their biographies and since their praises; but once upon a time they were vilified because they dared to stand up for the truth and for the downtrodden until the tide turned in their favour.

producing every day! Look at the endemic poverty all around us! Look at the greed of our politicians and the waste of donor money by the NGOs! Look at the breakdown of family life in our cities. Look at the indifference to basic issues of hygiene and a clean environment by our people. Look at the post-modern mindset that is being piped into our country through the electronic and print media! We cannot afford to perch ourselves and our children up on a well-insulated tree and let the world go to the dogs. This is God’s world and he has placed us here for a purpose. He has taught us his Word and given us good churches for a purpose. I have no doubt that Zambia’s hope lies in the Christian faith, and the Christian faith in its most biblical form is in the hands of Christians of a Reformed faith. Let us get out there in 2009 and make a difference to our world. Let us get the light from under the basket and hang it up for all to see. The world out there needs us. So, we dare not shy away from the demands of being salt and light in this sin-sick world.

Reformed Christians, where are you?

Email ThisBlogThis!Share to TwitterShare to FacebookShare to Pinterest
Labels: Reflections