Deacons—A Blessing or a Curse?

“Deacons likewise must be dignified, not double-tongued, not addicted to much wine, not greedy for dishonest gain. They must hold the mystery of the faith with a clear conscience. And let them also be tested first; then let them serve as deacons if they prove themselves blameless” (1 Timothy 3:8-10).


On Sunday, December 7, 2008, we ordained two more deacons at Kabwata Baptist Church, bringing the total number of deacons to six. The two men who were set apart for this office were Kasango Kayombo and Logan Nyasulu (see pictures below). Having known both men from the time they were teenagers, seeing them finish their tertiary education, start working, get married, start to raise their own families, and now witnessing them being ushered into church office brought a lot of joy to my heart. They are both godly men, avid readers, very competent preachers, and masters in their fields of work. 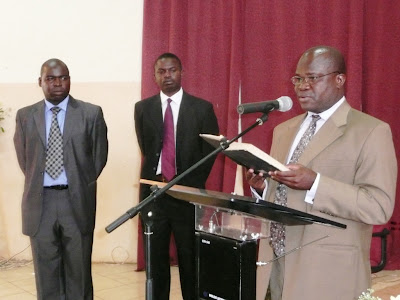 I must admit that the Kabwata Baptist Church diaconate has come a long way. When I first came as pastor in 1987, I found a situation where the only elder then was not only working in the same committee meetings with the deacons but also working under their chairmanship. He preferred it that way. Perhaps it worked well before I came in as pastor, but as soon as I separated the diaconate from the eldership and ordained the first fully-fledged eldership at Kabwata Baptist Church (comprising Duncan Mugala, David Toka, Wishard Yenga and myself) all hell broke loose. Although some of the deacons accepted this, others felt the loss of control in the church and did not take it lying down. This, coupled with the reforms I was in hurry to implement in the church, made life very difficult at Kabwata Baptist Church. The church went through a very trying time during this period of change. 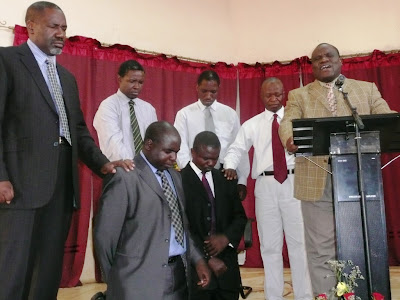 Perhaps the time I experienced the greatest blessing from the Kabwata Baptist Church diaconate was when the eldership disintegrated in October 2003. I will never forget coming out of the members meeting in which all the elders resigned and feeling relieved and at the same time totally drained because it had been a very difficult nine months that finally led to the resignation of my fellow elders. These were all brethren I esteemed very highly in the Lord. Well, the entire diaconate (see picture) walked into the church office after the meeting and said to me, “Pastor, we realize that the stepping down of your fellow elders will mean a lot of extra work for you. We want you to know that we are available to do any work that you want us to do.” With their help, the church grew more in the next one year than it ever did in any single year since it started seventeen years earlier! 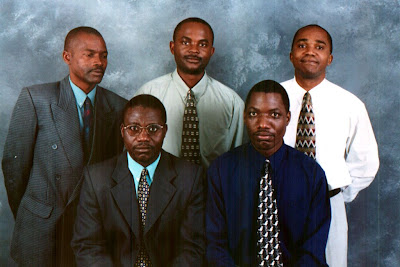 These experiences have taught me that once deacons know their role in the church, they can be a wonderful blessing not only to the pastor but to the whole church. As long as they see themselves as a pressure valve for the eldership, so that the elders can concentrate on the primary work of oversight, the church will be propelled to higher heights. However, if they see themselves as God’s way of providing “checks and balances” for the elders, you can be sure that a lot of nervous energy will be lost in internal squabbles. In such instances, deacons can be a real curse to the church!

Perhaps what is even more important than deacons knowing their role in the church is for them to be biblically qualified. Hence the importance of the text that heads this reflection: “Deacons likewise must be dignified, not double-tongued, not addicted to much wine, not greedy for dishonest gain. They must hold the mystery of the faith with a clear conscience. And let them also be tested first; then let them serve as deacons if they prove themselves blameless” (1 Timothy 3:8-10). Once you have godly deacons, their walk with God keeps them zealous and humble in the service of Christ!
Posted by Conrad Mbewe at 10:19 PM